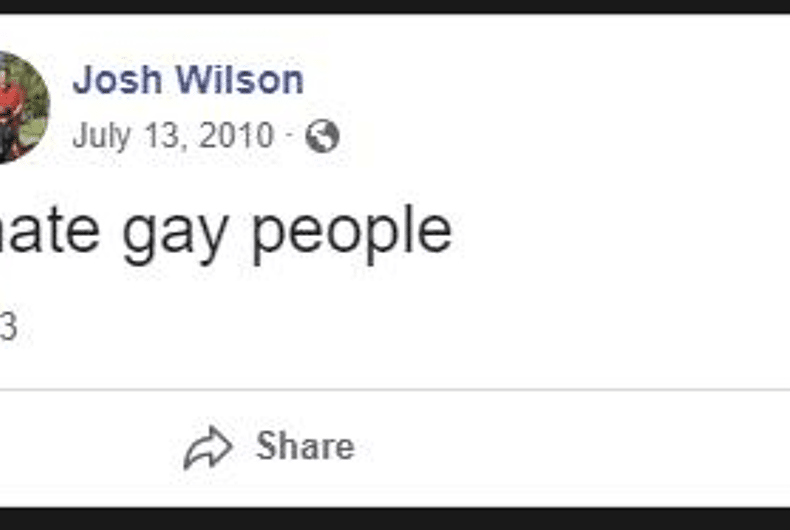 Joshua Wilson, a sheriff’s deputy from Clarksville, TN, has been fired after a local website unearthed racist and anti-LGBTQ social media posts by the officer.

“I hate gays,” one posting read. Another asked why the rainbow flag was acceptable but the Confederate flag was considered offensive.

After the Montgomery County Sheriff’s Office was notified about the posts, they launched an internal investigation.

The force did not check an applicant’s social media history when the officer was hired, but does now. The posts were all written before Wilson was hired.

“The Professional Standards Bureau interviewed the deputy, reviewed the facts, and presented their findings to the sheriff Thursday afternoon,” according to a press release.

“Based on the information presented of social media activity prior to and while employed, Sheriff John Fuson released the deputy from employment effective immediately.”

The website gave several examples of racist and anti-LGBTQ postings the officer had made.