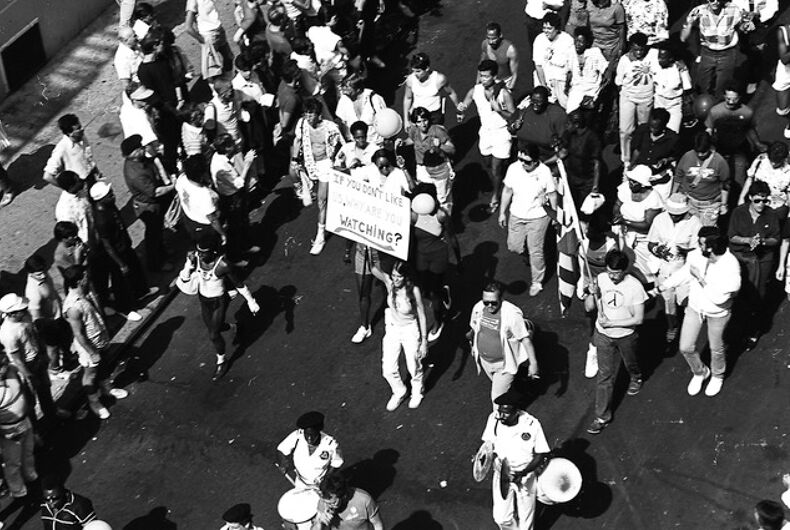 “I have been photographing on Christopher Street since the Stonewall Uprising 51 years ago. This is a picture I took from my fire escape in the 1970s. I was so excited looking out at the Parade from my window.

They were chanting, shouting and saying things that I believed. Then you see that wonderful sign: ‘If You Don’t Like Us, Why Are You Watching?’ – don’t you love it?

Also, that’s Marsha P. Johnson, to the left of the woman in the picture holding the sign (left side center in the photo), on the street marching and wearing white gloves. The first ever transgender monument in the world, of Marsha and Sylvia Rivera will be unveiled sometime next year in Greenwich Village.”