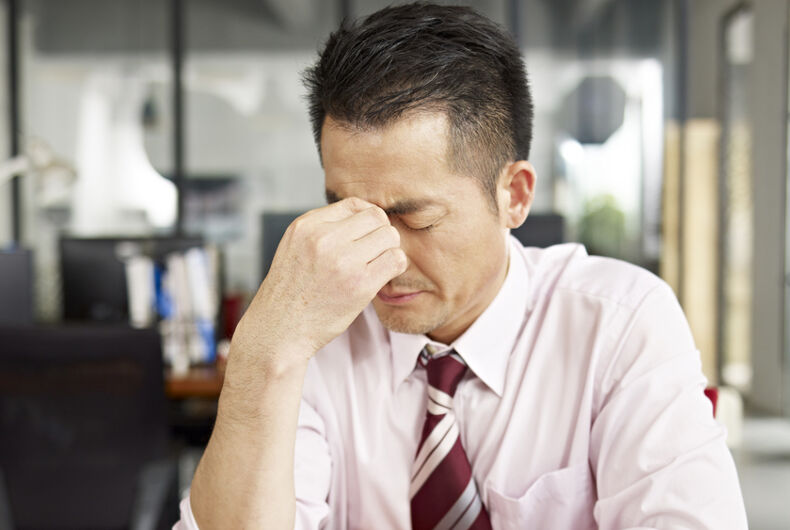 The Japanese prefecture of Mie, one of the island nation’s 43 administrative districts, has passed an ordinance making it illegal to publicly out an LGBTQ person.

“[Outing people] can destabilize family and working relationships and drive people into isolation by disrupting their friendships and contact with other people,” said Eikei Suzuki, the Mie prefecture governor, while explaining the importance of the law.

Related: Pride in Pictures: Japan’s tolerance of LGBTQ people has grown dramatically. So have Pride parades.

Indeed, Japanese queers who’ve been outed often face shame, exclusion and in some cases have killed themselves, just as a law student at Hitotsubashi University did in June 2015 when a classmate outed him to nine other friends in a group chat.

But most Americans don’t realize that the roots of Japanese homophobia distinctly differ from those of American homophobia.

While American homophobia is often based on religious beliefs, outdated gender concepts, and fearful revulsion about queer sex, Japanese homophobia frequently stems from sociocultural pressure to get married and have kids who’ll help care for parents and grandparents in their old age.

This cultural pressure, which also pervades many Asian countries, views conformity to heterosexual gender roles as an honorific obligation to one’s parents and ancestral bloodline. Marrying a member of the opposite sex and having kids are also seen as contributions that help maintain Japanese social harmony or “wa.”

As such, any Japanese citizen who “chooses” to be queer can be viewed as inherently selfish, disrespectful to parents, and antagonistic to mainstream Japanese society. Unmarried salarymen without a wife and kids are often passed up for promotion and seen as immature or non-serious by bosses; after all, what need is there to give an unmarried person more responsibility and money if they’ve shirked their adult duties and don’t have a family to support?

Despite this, a 2013 study by the Pew Research Center showed that 54 percent of Japanese citizens believe that homosexuality should be socially accepted.

Japanese activists tell LGBTQ Nation that the fight for queer rights nationwide has stalled out in part because LGBTQ organizations are hesitant to partner with gay bars. Bars in Japan are suspiciously regarded as part of the mizu-shōbai (literally the “water trade”), the nightlife which sometimes has ties to yakuza (the Japanese mob), sex work, and other “immoral” types.

Sadly, as long as “legitimate” activists in Japan are reluctant to partner with the vibrant nightlife community whose passions and dollars align with their social goals, traditional Japanese homophobia will continue preventing queers from reaching their full potential and rights in the Land of the Rising Sun.

Pride in Pictures: Juggling through life

Why would progressives mock Boomers when they stand on their shoulders?