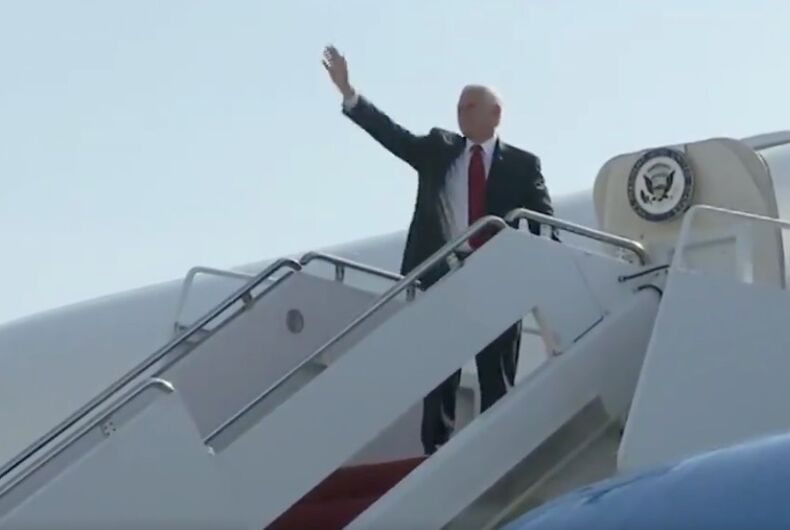 Media coverage and online mockery have gotten under Donald Trump’s notoriously thin skin. After creeping down a slight ramp after giving a speech, the president defended his slow trip down the “brutal” three-degree slope in a dramatic retelling of the event during a speech in Tulsa, Oklahoma on Saturday night.

Now Vice President Mike Pence has added to the embarrassment after he fell trying to run up the ramp to his plane. Handed another opportunity to mock the bungling duo, the internet has not disappointed.

Reaction to Trump’s ginger shuffle down the ramp (and repeated necessity to use two hands to hold a glass of water) was brutal, but none more so than this parody Biden ad that went viral.

The contrast between Biden and Trump used footage of the former Vice President bounding up the same ramp Trump had issues navigating. Yesterday, Pence decided to prove he too could bound up a ramp.

As with most initiatives Pence has led in his political career, he failed.

So do you think we got in their head with the whole ramp thing?
pic.twitter.com/bLgCJZDTyS

God tripped Mike Pence as he went on his plane pic.twitter.com/aXi5EfXMh7

Oh geez, and he stumbles at the top. And Mother wasn't there to catch him either. Bless his heart.

See ya next fall!