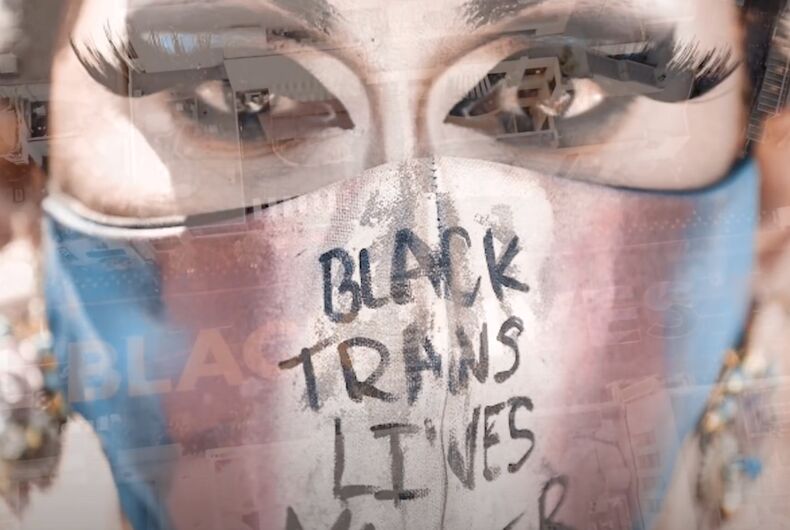 The Dixie Chicks announced today that they have changed the band’s name to the Chicks, shedding the racist implications of Dixie.

As they announced the change, the country-pop trio also dropped a video for their new song, “March, March.” The tune, produced by fun. guitarist Jack Antonoff, is a mix of electronica, fiddle, and anger.

The video montage includes footage from LGBTQ rights protests, police confrontations, memorials to transgender women, suffragettes, and Black Lives Matter protests. At the end, the names of Black people killed by police violence scroll across the screen over a fiddle solo.

The group’s social media accounts and website have all been updated to reflect the change. The landing page for their site now proclaims, “IF YOUR VOICE HELD NO POWER, THEY WOULDN’T TRY TO SILENCE YOU.”

Musicians Natalie Maines, Emily Strayer and Martie Maguire were blacklisted in the country music industry in 2003 when they spoke out against the War in Iraq. Despite being proven correct, conservatives burned the group’s albums and radio stations across the nation stopped playing their music.

The group’s label said the Chicks had no comment on the name change, letting the song explain “speak” for the group.

The country group Lady Antebellum recently announced they would change their name to Lady A in acknowledgement of the racist implications of the antebellum south.

After a man ripped down a small town’s Pride flag, the residents took to the streets

Pride in Pictures: Wearing Pride on your sleeves