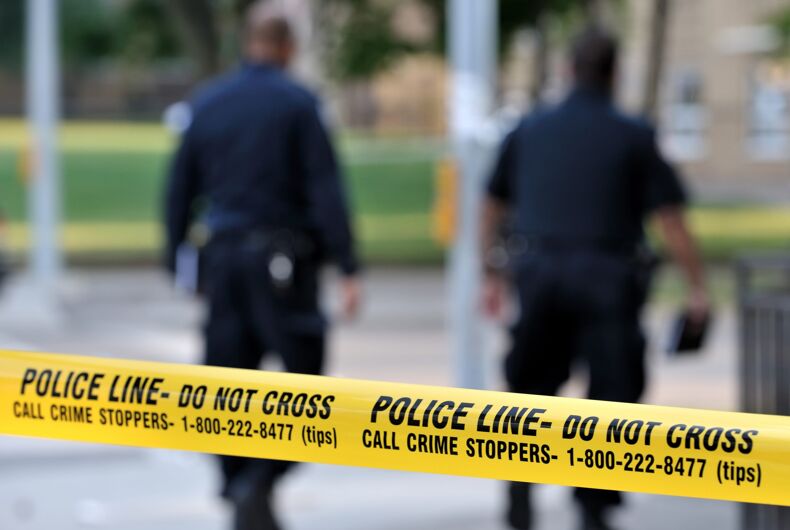 Jayne Thompson was shot and killed by a Colorado State Patrol trooper last month, but it took until this week before it was disclosed that the officer had killed a transgender woman. For weeks, the Colorado State Police and local media misgendered her and said a man had been shot.

Thompson was killed the same week two Black transgender women: Dominique Rem’mie Fells of Pennsylvania and Riah Milton of Ohio. All three were slain as the country protested police brutality and racial justice with massive marches and rallies. Thompson is white.

According to details provided by the Mesa County Sheriff’s Office, Thompson was reported lying motionless near a grocery store and unresponsive when passersby offered assistance. When Trooper Jason Wade arrived on the scene, Thompson “began to act aggressively and brandished an approximately 10-inch knife” according to the police report.

The trooper was not injured. The death has been ruled a homicide.

Transgender people are particularly vulnerable to acts of violence and Black transgender women take the brunt of it – including from police who often accuse them of prostitution simply for walking down the sidewalk.

“[I]t is clear that Jayne was in crisis when she was approached by Colorado State Patrol,” Tori Cooper, director of community engagement for HRC’s Transgender Justice Initiative, said. “When members of the community need help, the expectation is to protect and serve and not to be killed.”

The sheriff’s office says the incident is being investigated, but District Attorney Dan Rubinstein has announced no charges would be filed already despite the ongoing investigation. Colorado State Patrol troopers are armed with non-lethal tasers, but it does not appear that Wade attempted to use his before killing Thompson.

Police nationwide frequently misgender transgender people and use their given “deadname” to the media instead of the name the victim actually used that matches their gender identity.

Them notes that most media reports about the incident have not been updated to reflect Thompson’s name and gender identity.