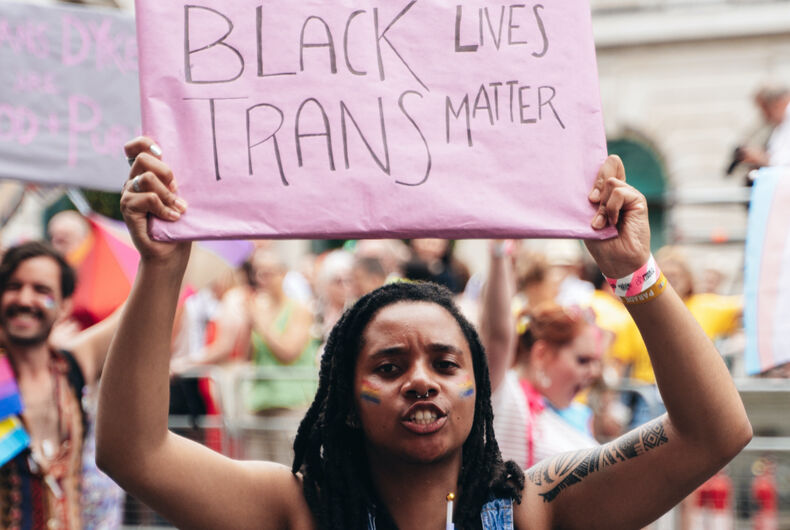 June is Pride Month for LGBTQ communities across the country. While COVID-19 and social distancing guidelines have forced Pride to go virtual this year, our struggle and triumph will not go uncelebrated. This Pride coincides with the eruption of protests across America because, once again, an unarmed black man was killed at the hands of the police.

George Floyd’s death symbolizes the new face of anti-black violence, as Matthew Shepard’s face came to symbolize homophobic violence after his murder in 1998. LGBTQ civil rights and black civil rights histories intersect on many issues — with violence and police brutality among them.

I hope the riots and protests occurring now, as a result of Floyd’s killing, will sustain the Black Lives Matter movement.

Pride has played an integral part in highlighting our political movement of self-acceptance and it binds us all to a common struggle for LGBTQ equality. Moving forward in the aftermath of Floyd’s death, I hope the entire LGBTQ community better embraces intersectional goals to address systemic racism and police violence, which both of my communities — African American and LGBTQ — share.

Floyd’s death appears to be an inflection point and wake-up call for white America.

For the first time ever, this Pride month, LGBTQ communities and organizations across the country are elevating the voices and faces of its black communities. For some LGBTQ people of African descent, however, the gesture is at best too late, and at worst, a clear sign of tokenism — seizing the moment to be politically correct. Pride events have always mirrored the fissures in society with segments of its community — women, transgender people, and people of color — holding their events.

Pride commemorates the Stonewall Riots in New York City’s Greenwich Village, which began the modern-day LGBTQ civil rights movement. With civil rights gains in some states and on the federal level, we have come a long way since the first Pride march five decades ago.

Yet with these advances come disadvantages.

For some in the LGBTQ community, Pride has become too corporate. Many see the company floats and paraphernalia as selling the soul of the movement’s grassroots message for entry into the mainstream. However, others in the community welcome corporate sponsors, viewing it as vital for the financial cost and continuation of Pride and affirming of their LGBTQ employees.

But as Pride becomes more corporate, marginal groups within the LGBTQ movement have become more invisible.

After decades of Pride events where many LGBTQ of African descent have tried to be included and were rejected, Black Pride was born.

The continued distance between the white LGBTQ community and LGBTQ communities of color has a historical antecedent. Many LGBTQ people of African descent and Latinos argue that the gulf between them and white people is also about how the dominant queer community rewrote and continues to control the history of Stonewall.

The Stonewall Riots started on the backs of working-class African-American and Latino queers who patronized that New York City bar. Those brown and black people are not only absent from the photos of that night, but they are also bleached from its written history.

Because of the bleaching of the Stonewall Riots, the beginning of the LGBTQ movement post-Stonewall is an appropriation of a black, brown, trans, and queer liberation narrative. It is the deliberate visible absence of these people of color that makes it harder, if not nearly impossible, for LGBTQ communities to build trusted coalitions with white queer communities.

For example, in 2017, Philadelphia had a controversy over its new Pride flag. Black and brown stripes were added to the rainbow flag as part of the city’s “More Color More Pride” campaign as a way to visibly include people of color in the celebrations.

“It’s a push for people to start listening to people of color in our community, start hearing what they’re saying, and really to believe them and to step up and say, ‘What can I do to help eradicate these issues in our community?'” said Amber Hikes, the executive director of Philadelphia’s Office of LGBT Affairs told NBC Out at the time.