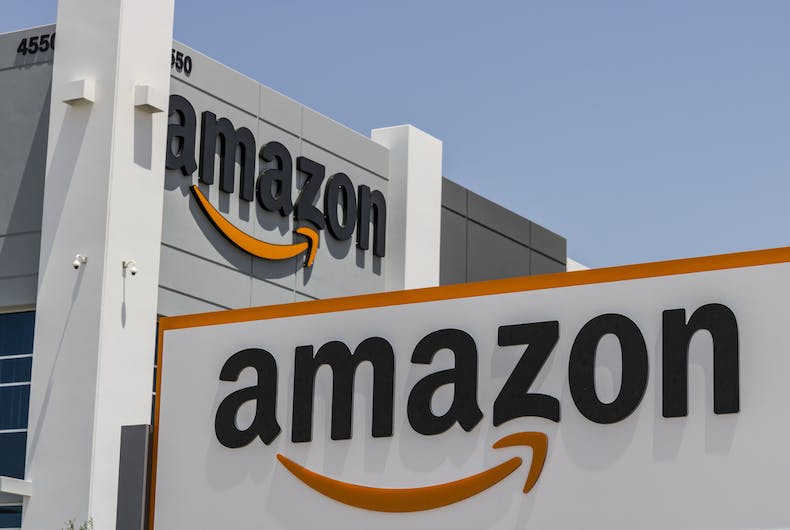 Amazon just kicked an anti-LGBTQ hate group out of its charity program, and Christian conservatives are decrying the corporation’s “bias against conservatives.”

Amazon runs a program, AmazonSmile, that donates money to charities customers can pick from a list of approved organizations.

Until earlier this month, customers could choose to have Amazon give a portion of their purchases to the Family Research Council (FRC), an organization dedicated to opposing LGBTQ rights.

But the Washington Times‘s Kay C. James reports that FRC has been removed from the list of charities customers can choose, complaining that all hate groups are banned from AmazonSmile.

The group has been manufacturing anti-LGBTQ propaganda since the 1990s, when its leaders testified before Congress against civil rights protections because, they said, homosexuality reduces people’s lifespans. It does not.

In 1999, the group published a booklet called “Homosexual Behavior and Pedophilia” which said, “One of the primary goals of the homosexual rights movement is to abolish all age of consent laws and to eventually recognize pedophiles as the ‘prophets’ of a new sexual order.” It is not.

In 2011 he said that the “It Gets Better” campaign is “a concerted effort to persuade kids that homosexuality is okay and actually to recruit them into that lifestyle.” In 2019, he said that LGBTQ people “are increasingly bold” and are trying to turn children transgender.

During the Democratic presidential primary, he accused gay, Christian candidate Pete Buttigieg of being a “wolf in sheep’s clothing” who will lead Christians astray. He said that Buttigieg wasn’t born gay but that he turned gay because of “circumstances,” and Perkins accused Buttigieg of “redefining God’s institution of marriage.”

Perkins has also called out Google for “plastering rainbow flags or gay pride across its site,” which he said is “offensive.”

ADF is also devoted to fighting against LGBTQ rights and has a history of stirring hatred against LGBTQ people, but the group said that it should have stayed on the AmazonSmile list: “Millions of Americans share our beliefs and thousands of Christian, Jewish, and Muslim religious organizations subscribe to them as well.”