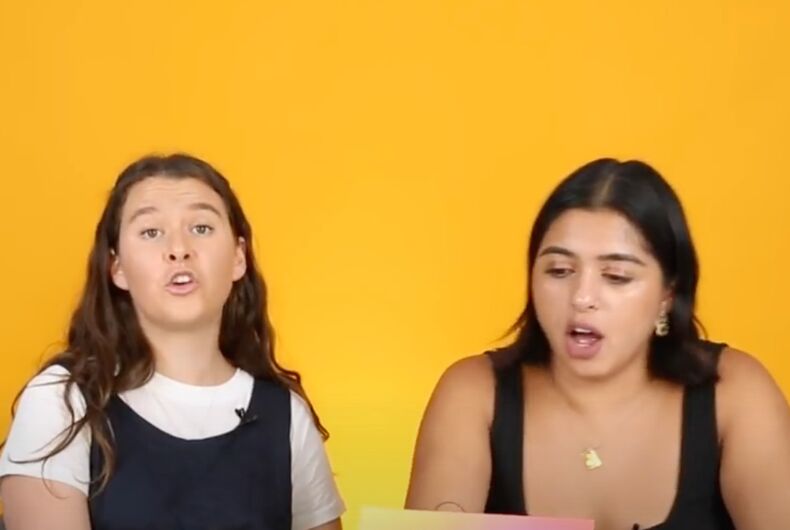 Someone just told them what "bussy" means.Photo: screenshot

It can be exhausting breaking out of the LGBTQ bubble and being surrounded by straight people for an extended period of time. It’s almost as if they speak a completely different language.

But what would happen if it was reversed? Do straight people actually understand gay slang they pick up on television?

For the most part, at least in this video from Buzzfeed Australia, the answer is “no.”