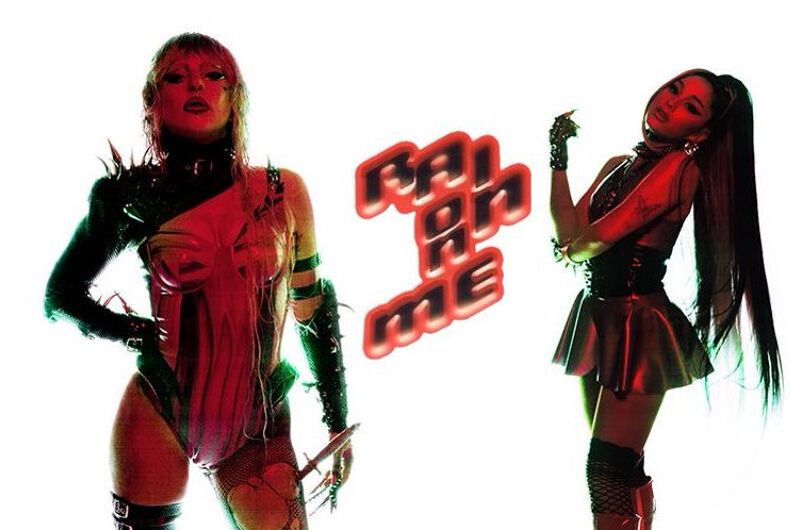 Lady Gaga and Ariana Grande released the long-anticipated song “Rain On Me” to thunderous applause from gay people, but USA Today‘s take on the tune wasn’t quite as enthusiastic as queer media’s claim that the duo “just simultaneously invented music, listening, emotions and crying.”

“Lady Gaga and Ariana Grande teamed up for ‘Rain On Me,’ an upbeat dance track where each singer takes a turn with a verse. They also sing together on some of the choruses,” an underwhelming tweet to the story read. Twitter automatically identified the problem: it must have been written by a “straight dude.”

While gay men worldwide agreed with entertainment writer Bradley Stern‘s hypothesis, others suggested the article and tweet were written by a robot. Asked their opinions, the editorial staff of LGBTQ Nation unanimously agreed that they’ve seen worse attempts to string words together from actual human beings.

Adding to the comedy gold, someone threw out the question: What if the newspaper fired all the straight writers and gay men had to write the sports columns?

when you fire all the arts and entertainment writers so the remaining straight dude on staff who usually just covers sports has to do the tweet https://t.co/LtSi2nWNDC

Did an old android phone write this??

me, telling my unquestionably human peers about the new song “rain on me” by lady gaga and ariana grande, an upbeat dance track where each singer takes a turn with a verse, and they also sing together on some of the choruses pic.twitter.com/vK9ERRs0Y4

She might’ve been furloughed instead of fired. The co. is furloughing a ¼ of the month of every employee making almost 40k. Still gotta file for unemployment bc that’s 25% of the month’s usual pay