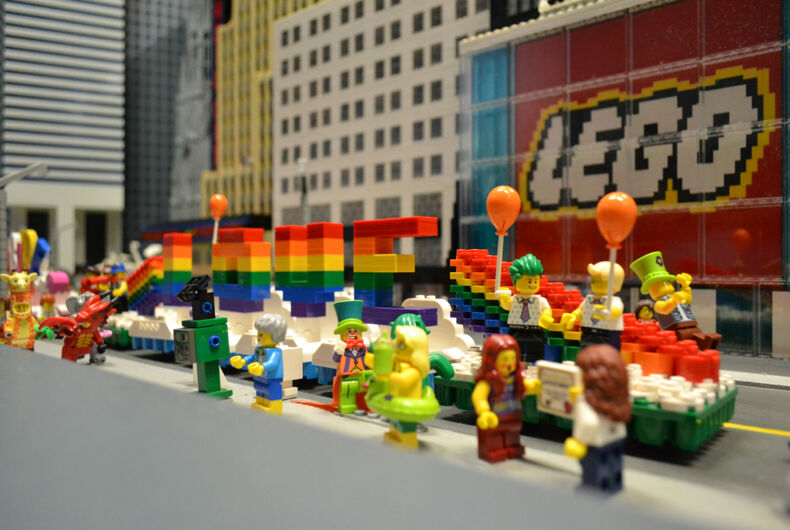 While the world celebrated the 50th anniversary of the Stonewall Uprising and riots last year with huge parades and festivals, the toymaker LEGO got in on the action. Brick by brick, they made Pride kid-sized and built the world’s smallest Pride parade.

The parade featured two floats with “Pride” and “Love Is Love” themes, an oversized “Stonewall 50” billboard, and a great number of bedazzled mini people dancing in a recreation of Times Square. Adults were required to be accompanied by a child to go to the parade.

The event was held at the LEGOLAND Discovery Center in Westchester, New York.

Westchester wasn’t the first LEGOLAND to host a pride in its signature MINILAND build though. Birmingham’s Discovery Center in the UK had its own floats and festive figurines on the street in May of this year, even including a rainbow and heart decorated float featuring miniature versions of the Village People.

Little Richard was anti-gay when he died, but his queer cultural influence overshadows us all