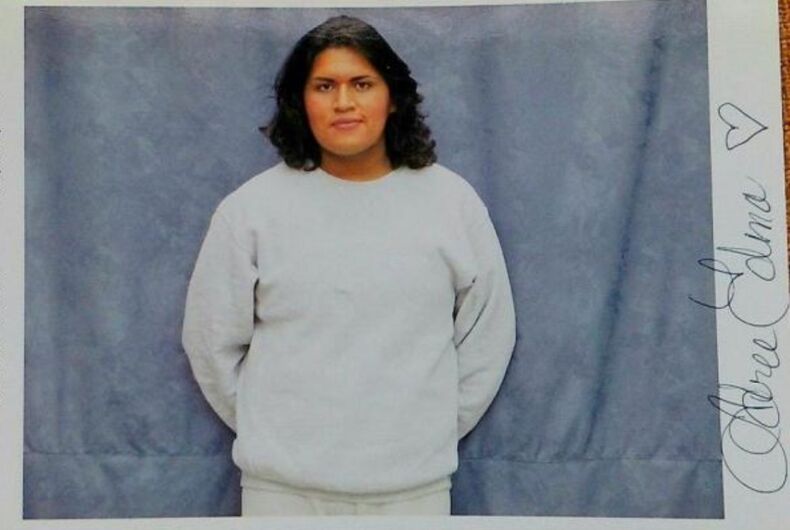 The U.S. Supreme Court has handed down a victory for a transgender woman, letting her go forward with gender confirmation surgery after a lower court ruled in her favor.

In a 7-2 decision, the Supreme Court refused Idaho Gov. Brad Little’s (R) request to stay a Ninth U.S. Circuit Court of Appeals order for Adree Elmo, 32, to get gender confirmation surgery. Elmo has been diagnosed with gender dysphoria and has attempted to castrate herself twice in prison.

Elmo has been in prison since 2012, and since then she has been diagnosed with gender dysphoria, corrected her birth certificate, and lived as a woman in prison.

When she tried to get gender confirmation surgery, the Idaho Department of Corrections and Corizon, Inc., a private contractor that provides health care in Idaho prisons, refused. She sued, arguing that refusing her necessary medical care violated the Constitution’s ban on cruel and unusual punishment, and last year she won.

“The hardworking taxpayers of Idaho should not be forced to pay for a convicted sex offender’s gender reassignment surgery when it is contrary to the medical opinions of the treating physician and multiple mental health professionals,” wrote Gov. Little in a statement at the time.

“I intend to appeal this decision to the U.S Supreme Court. We cannot divert critical public dollars away from the higher priorities of keeping the public safe and rehabilitating offenders.”

Seven of the Supreme Court justices agreed to let her go forward with the surgery while the high court considers whether to hear an appeal in the case. Justices Clarence Thomas and Samuel Alito would have granted Little’s request to block the surgery.

“I am relieved and grateful the court recognized my right to necessary medical treatment, and that I will get the surgery I need,” Edmo said in a statement after the circuit court ruled in her favor. “I hope my case helps the State of Idaho understand that they can’t deny medical care to transgender people.”

Last year, in a different case, a Texas inmate sued her state’s prison system to get access to gender confirmation surgery, arguing that it was a form of cruel and unusual punishment to deny her necessary medical care. The Fifth U.S. Circuit Court of Appeals ruled against her – saying that transgender care is “a matter of significant disagreement within the medical community” – and the Supreme Court refused to hear her appeal.