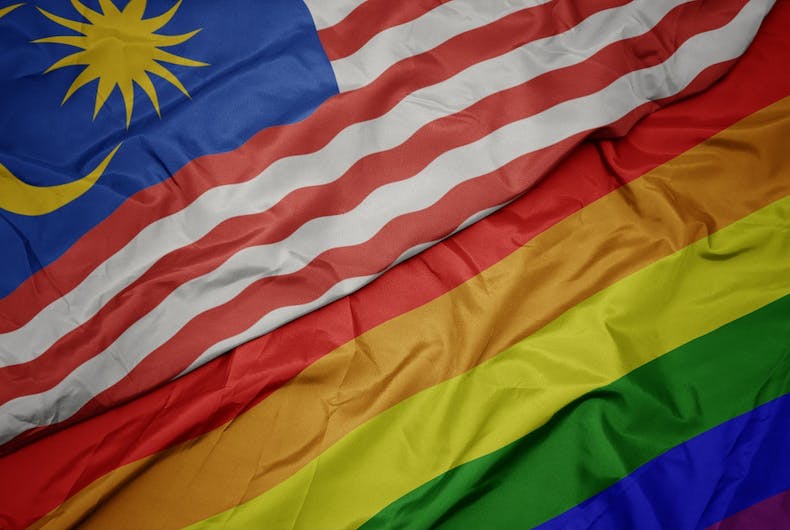 Malaysia’s top court has approved a man’s challenge to the nation’s Islamic ban on homosexuality, allowing his case to go forward.

The plaintiff – whose name has not been made public – is a Muslim man in his 30’s, according to his lawyer. He was arrested in 2018 for allegedly having sex with another man, which he says he didn’t do.

Related: Two gay tourists were arrested in Malaysia for “immoral acts” with an undercover officer

Malaysia’s official state religion is Islam, and it has a dual-track legal system with Islamic criminal and family law applicable only to Muslims. That legal system bans sex “against the order of nature” with a penalty of fines, caning, and up to 20 years in prison.

The plaintiff argues that his state, Selangor, can’t ban homosexuality under its Muslim legal system when it’s already banned under the civil legal system. The civil ban on homosexuality – still on the books since Malaysia was a British colony – is rarely enforced.

“This will be the first,” his lawyer Surendra Ananth told Reuters.

The man was one of 11 people arrested in a raid on a private residence. Five of the men pled guilty and have already been sentenced to jail, caning, and fines.

If successful, the charges against the man will be dropped.

“It is clear this state law is being used by authorities to disproportionately criminalize marginalized and persecuted communities based on sexual orientation and gender identity,” said the Malaysian organization LGBTIQ+ Network in a statement, denouncing the “ongoing national trend” of using bans on “unnatural sex” to attack LGBTQ people.

In 2011, Malaysian school authorities sent 66 Muslim teenage boys to a correctional camp to learn “masculine behaviors” after their teachers identified them as “effeminate.” In 2012, the country banned gay characters from all national TV shows and radio programs.

In 2013, the Malaysian government sponsored a touring musical, entitled Asmara Songsang (Abnormal Desire), to teach young people about the dangers of being queer. In 2015, Human Rights Watch criticized Malaysia for fining and imprisoning transgender women.

In June 2017, the country’s health ministry offered its citizens cash prizes for making anti-LGBTQ videos. The following month, a hardline national Muslim group told its 50,000 members to oppose Starbucks for the coffeehouse chain’s pro-LGBTQ workplace policies. That same year, an 18-year-old boy was beaten with helmets, burned, shot in the groin and declared brain dead by medical authorities — his classmates had attacked him for being “effeminate.”

Since 2019, multiple trans women in Malaysia have also been beaten, hospitalized, or killed by violent mobs.

In March 2019, Tourism Minister Datuk Mohamaddin Ketapi claimed there are no queer or trans people in Malaysia, a statement which drew condemnation from the country’s LGBTQ community. Despite the country’s anti-LGBTQ actions, it still hosts an annual Seksualiti Merdeka (Independent Sexuality) festival, though politicians have increasingly tried to prevent it from occurring.