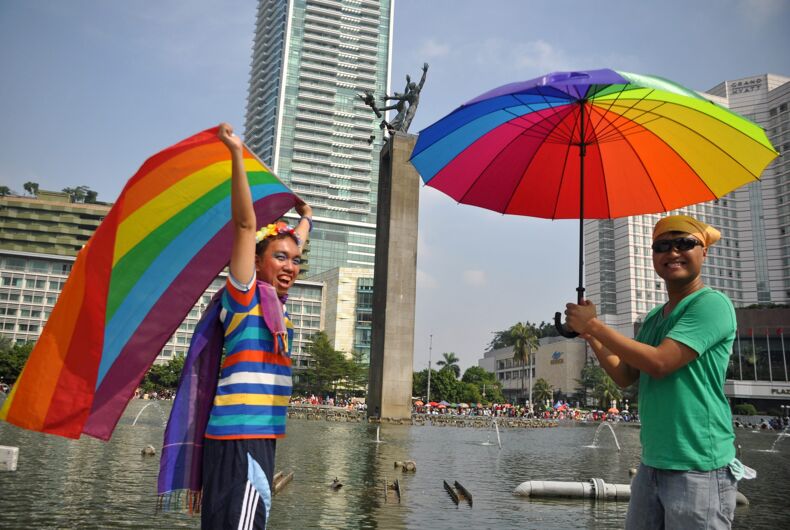 May 17, 2015: The International Day Against Homophobia, Biphobia, and Transphobia was marked with rainbow flags in JakartaPhoto: Shutterstock

Indonesia is on track to criminalize homosexuality and the punishment would be absurd. If found guilty, the accused would be required to undergo “rehabilitation” to have their homosexuality removed.

How? Most likely an ex-gay Muslim exorcism.

Related: Another ‘ex-gay’ leader comes out & admits the whole racket is a giant lie

While other countries move to ban “ex-gay therapy” as a form of psychological torture without benefit, Indonesia has slid backward. Germany was the latest nation to ban the dangerous practice that frequently spawns suicide attempts and lasting psychological damage.

Four political parties are backing the bill and it has been made a priority for the current Parliament.

Many leaders of ex-gay Christian ministries eventually come out as gay themselves and admit the practice doesn’t work.