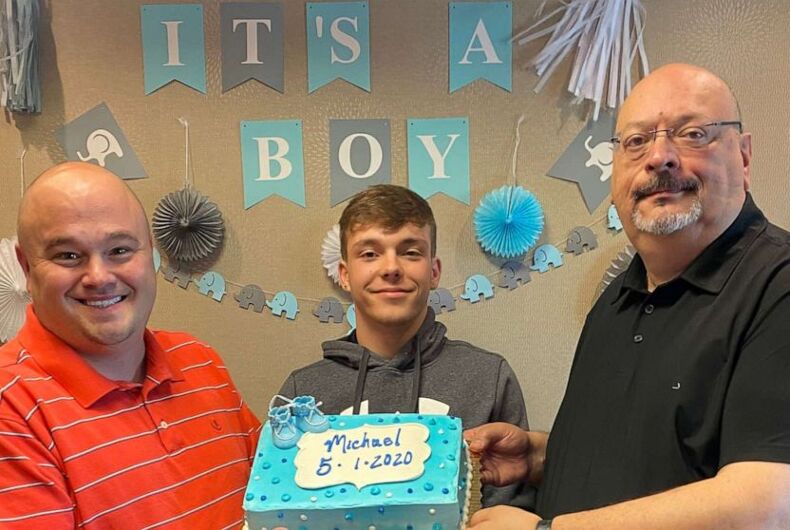 Chad and Paul Beanblossom from Pigeon Forge, Tennessee adopted their son Michael over Zoom because they couldn’t wait any longer to officially be his dads.

Many court proceedings have been canceled or delayed due to the coronavirus shutdown, but the family also had a house fire a month before the adoption. Still, they were unstoppable.

Michael was placed in nine homes over five years and was considered a troubled child. The teen was placed in state custody after his mother died.

“When Mike came to us he was labeled a higher risk because he had ran [away] before … but we never saw that kid,” Chad Beanblossom told Good Morning America. “He just kind of came in and took over our hearts. He’s taught us just as much, if not more, than we have him. Our whole world revolves around Michael.”

Eighty people, including friends, family members, and adoption specialists all joined the video conference to celebrate the big event.

“The judge mentioned it was the largest Zoom adoption she had done to date,” Beanblossom said.

Michael, the couple said, asked them to adopt him as their dads. The teen is 17.