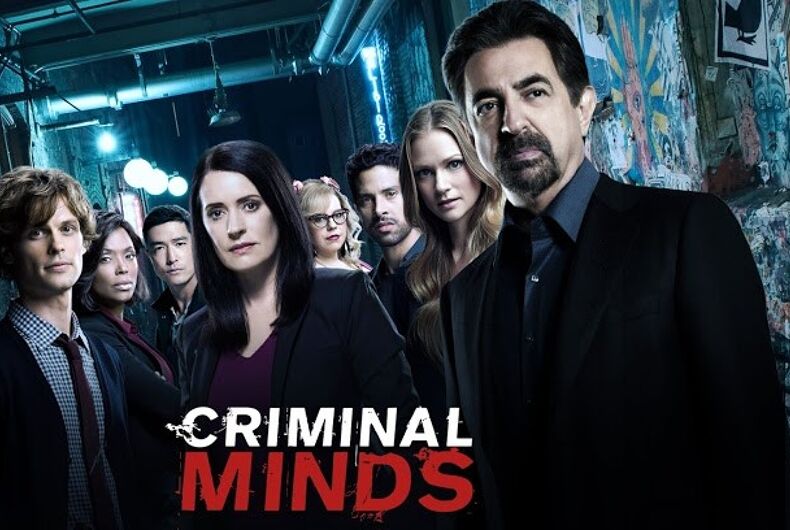 The lawsuit claims that St. Johns sexually and verbally harassed at least 19 men for years without repercussion. He was fired in 2018, but only after an article in Variety exposed the behavior. The show ended earlier this year.

Related: “Criminal Minds” actor Joe Mantegna starred in one of the worst transgender storylines ever aired

The report documented several times that employees had been fired for complaining about St. John’s behavior.

“With the aid of defendants, St. Johns created an unchecked intimidating, hostile, and offensive work environment on the set of Criminal Minds,” the complaint states. “Defendants chose to act in conscious disregard of its employees’ rights by ignoring the complaints made by the crew members.”

“It was not until the media made St. Johns’ conduct public and potentially threatened their brand that Defendants removed St. Johns from the show. Even when they did so, despite the allegations against him, corporate Defendants paid St. Johns an ‘enhanced severance.'”

Former technician Anthony Matulic was one of the sources for the Variety article. He said he was fired after complaining about St. John slapping him on the butt.

“I was abused by St. Johns verbally and physically,” another former crew member told Variety. “The guy’s an ass grabber. He’s a nut grabber. If you dare to question his authority on any particular subject he’ll verbally abuse you right there in front of people.”

ABC Studio’s human resources department launched an investigation into St. John’s behavior after an anonymous email documented “inappropriate touching of genitalia, rear ends, verbal abuse, retaliatory firings of entire electrical department employees, camera department employees and the numerous outstanding directors who made it clear that they would never return to the show because of how they were treated by Greg St. Johns.”

The results of the investigation were not released.

Matulic filed the complaint with the Department of Fair Employment and Housing.

“The Company works hard to maintain a work environment free from discrimination, harassment, or retaliation,” ABC Studios told The Hollywood Reporter in response. “In this instance the Company took corrective action. We cooperated with the Department of Fair Employment and Housing during its investigation, and we regret that we were unable to reach a reasonable resolution with the Department. We now intend to defend the asserted claims vigorously.”