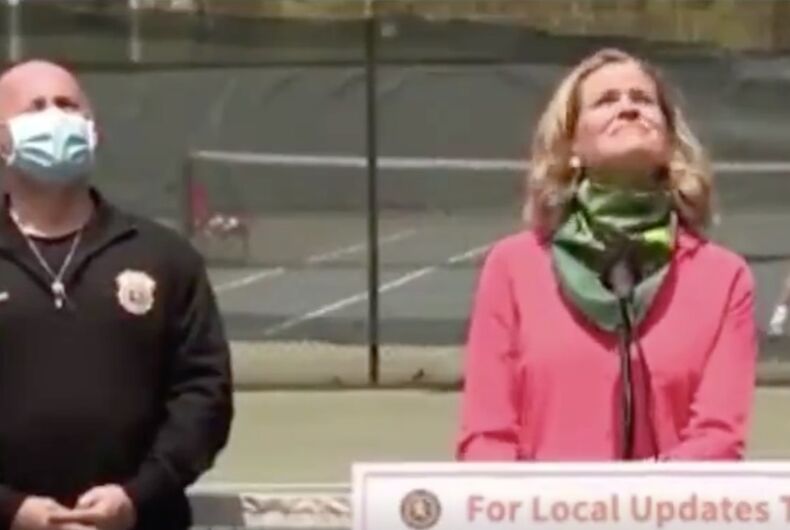 A coronavirus briefing in Nassau County, New York went askew after an official made an unintentionally risque announcement.

Nassau County Executive Laura Curran was giving a press conference about the reopening of local tennis courts when her speech went off-the-rails. Officials and reporters alike were reduced to laughter as Curran blushed.

Explaining the rules for playing tennis during a pandemic, Curran launched into the topic of ball handling. That’s when the press conference started the slow descent into giggles.

“Every player, unless they’re from the same household, has to bring their own tennis balls so that you don’t touch other people’s tennis balls with your hands,” she began.

“You can kick their balls, but you can’t touch them.”

As giggles started rippling through the crowd, she added, “I’m going to blush. Sorry.”

After regaining her composure, Curran continued with her speech but only made it part of the way before it happened again.

“To avoid confusion between whose balls are whose, you can use a sharpie to put an X or someone’s initials on them,” she said as everyone laughed.

crying (also I am a child) pic.twitter.com/uHs2wLA1Jb

This map shows LGBTQ protections worldwide. It’s even worse than it looks.