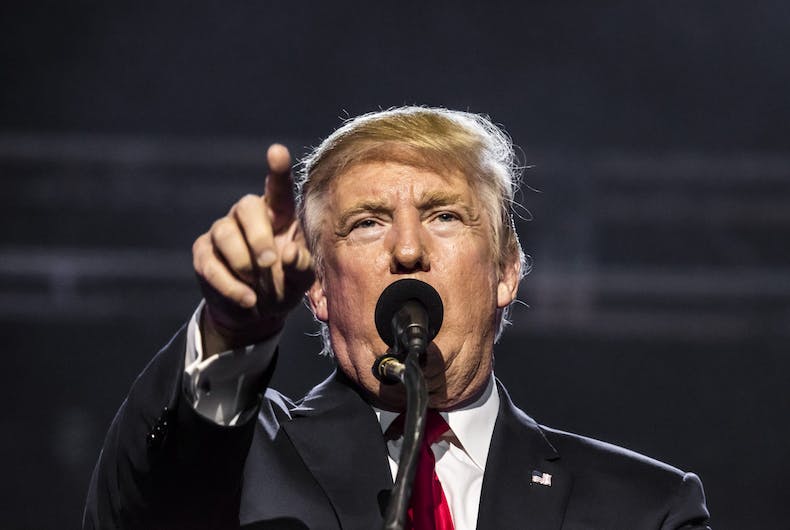 As the U.S. passes 50,000 deaths from the COVID-19 pandemic, the Trump administration quietly moved forward with a rule that would make it easier for doctors to refuse to treat transgender patients.

Politico reports that a new Department of Health and Human Services (HHS) rule that would remove Obama era transgender protections was circulated around the Department of Justice yesterday, one of the final steps before publicly releasing the rule. The White House also updated a website to say that the Obama rule is under review.

The Trump administration has consistently said that protections on the basis of sex do not apply to anti-transgender discrimination, and HHS, which has been working on the new rule for over a year, said that the rule change would make its regulations “more consistent.”

“If the final rule is anything like the proposed rule, HHS is adopting changes that would be harmful in the best of times but that are especially cruel in the midst of a global pandemic that is disproportionately affecting vulnerable communities and exacerbating disparities,” Georgetown University professor Katie Keith said.

Discrimination against transgender people is rampant in health care. The Center for American Progress (CAP) found that 29% of transgender adults said that a health care professional refused to see them because of their gender identity. LGBTQ people are seven times more likely to say they have avoided going to the doctor out of fear of discrimination, a phenomenon that advocates warn could be deadly during the coronavirus pandemic.

“I’m really scared about what that means for testing, for treatment, for people’s comfort-seeking care,” said Sharita Gruberg, who works on LGBTQ issues for CAP. “This is not the time we want people to avoid seeking care and treatment.”

An HHS spokesperson said, “We do not comment on the rulemaking process” and referred questions to the HHS Office of Civil Rights, which is run by Roger Severino, a former Heritage Foundation staffer who has a long history of anti-LGBTQ activism and was called the most “dangerous person to head up the Office of Civil Rights at HHS” by HRC when he was appointed in 2017.

“As we have shown in our recent efforts to protect persons from disability and age discrimination during the pandemic, HHS will vigorously enforce civil rights laws as passed by Congress, before, during, and after any rulemaking,” Severino said about the rule change.

Since conservatives believe that discrimination on the basis of sex is entirely separate from discrimination against transgender people, his statement does not contradict the possible new rule, from his perspective.