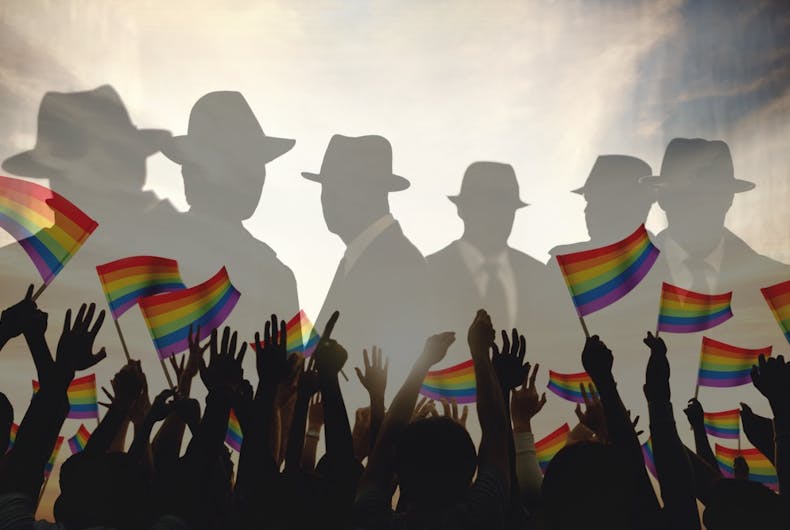 Acting Director of National Security Richard Grennell has announced that the Trump administration will share less intelligence information with countries that criminalize homosexuality.

Grennell, the first out gay Republican to hold a cabinet-level position and the former ambassador to Germany, has led a push to decriminalize homosexuality worldwide.

“We can’t just simply make the moral argument and expect others to respond in kind because telling others that it’s the right thing to do doesn’t always work,” Grennell said. “To fight for decriminalization is to fight for basic human rights.”

He says his decision will reinforce American values abroad. He did not say if he intends to cut back current intelligence sharing or would withhold additional cooperation.

Some major intelligence partners like Saudi Arabia and Kenya have horrific records when it comes to LGBTQ rights. Sixty-nine countries have laws that criminalize homosexuality and punishments include years in prison and death. In Malaysia, public floggings are a punishment that has been used against LGBTQ people.

Grenell claims he has the full support of Donald Trump. He said the same thing when announcing his decriminalization effort, but Trump was asked about the reported push for LGBTQ rights and said he didn’t know anything about it.

“We have the president’s total support,” he said. “This is an American value, and this is United States policy.”

Tony Perkins, the head of the anti-LGBTQ hate group Family Research Council and a Trump supporter, was enraged when Grennell’s appointment as acting director was announced.

“There is concern among our pro-family allies around the world that Ambassador Grenell will engage in LGBT activism as Acting Director,” Perkins wrote in a statement at the time. While supposedly “denouncing” countries where homosexuality can result in the death penalty, Perkins also claimed “that does not mean we should engage in ‘cultural imperialism’ by imposing policies that were imposed upon us by our own Supreme Court on other countries with different cultures, traditions, and values.”

“Let’s find common ground in calling for an end to all forms of physical violence against homosexuals — but let’s refrain from imposing the values of the sexual revolution on the rest of the world,” the far-right conservative wrote.

Before being appointed to his ambassadorship, Grenell was perhaps best known as a rightwing internet troll. During his confirmation hearing, Senators Jeff Merkley (D-OR) and Ben Menendez (D-NJ) read some of his tweets to the Senate where he insulted Rachel Maddow’s, Michelle Obama’s, and other prominent women’s looks.

Grenell responded that it was “certainly never my intention to hurt anyone’s feelings.”

After he was appointed, German leaders expressed disappointment.