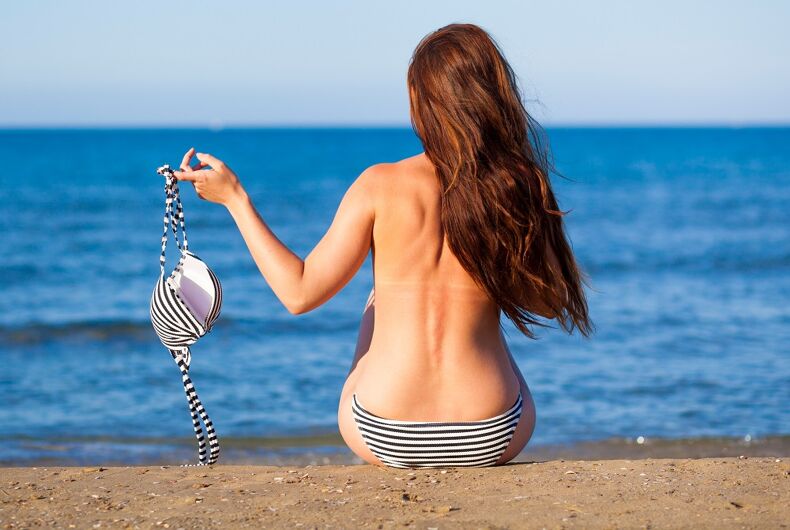 A federal judge has ruled that a Maryland city’s ban on women going topless is constitutional.

A group of six women brought a lawsuit against Ocean City, Maryland in 2018, arguing that the city’s ban on women going topless on the beach violated the 14th Amendment’s Equal Protection Clause because men were allowed to go topless but women weren’t.

The city argued that women’s breasts are “still seen by society as unpalatable” and therefore have to be covered up on the beach.

“Whether or not society should differentiate between male and female breasts is a separate inquiry from whether it is constitutional to do so,” Bredar wrote in his decision.

According to court documents, a woman named Chelsea Eline informed Ocean City of her “intention to go topless” at the beach in 2016.

In June 2017, the city council passed an ordinance requiring people to cover up “specified anatomical areas” in public, which include genitalia and “a female breast below a point immediately above the top of the aureola.”

The ordinance to “preserve and protect the family-oriented character and quality of Ocean City and its beaches” passed unanimously.

Ocean City officials said that they asked for public comment on the ordinance before it was passed and that the “overwhelming majority” of responses they got from residents disapproved of women going topless.

“Protecting the public sensibilities is an important governmental interest based on an indisputable difference between the sexes,” the city argued. “Further, a prohibition against females baring their breasts in public, although not offensive to everyone, is still seen by society as unpalatable.”

It’s unclear, though, what this means for transgender beach-goers. Metro Weekly asked Ocean City officials if transgender men who have not had top surgery would run afoul of the ordinance if they go topless on the beach, but they didn’t respond.

“This decision leaves in place an unfortunately common local law that unnecessarily and unfairly restricts personal freedom and reinforces dangerous gender stereotypes,” said Harper Jean Tobin of the National Center for Transgender Equality in a statement.

“While these laws are rarely used to target trans people, the impossibility of clearly defining a ‘male’ or ‘female’ breast is just one more reason these laws should be repealed. Whatever our social conventions may be, we shouldn’t use the criminal law to police gender in this way.”

Advocates of gender equality won an important court victory at the 10th Circuit of Appeals in Colorado this past September, which upheld a district judge’s ruling that laws that treat male and female nudity differently are unconstitutional. The ruling effectively legalized women going topless in Utah, Colorado, Wyoming, New Mexico, Kansas, and Oklahoma.

“Everybody should be able to be comfortable on a hot day and if that means taking their shirt off so be it,” said Brit Hoagland, one of the women who brought the Colorado lawsuit.

“No matter how you look, you should have the same freedom as the person next to you. And it’s also about equality.”