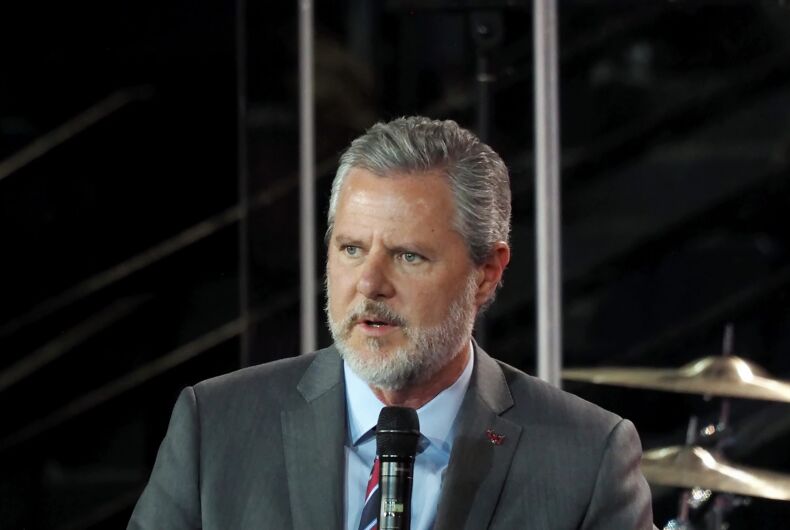 Jerry Falwell Jr., an ardent Donald Trump supporter and the president of the conservative Christian Liberty University in Virginia, is attempting to press charges against two journalists who worked on stories about his decision to reopen the campus in the middle of a pandemic.

Falwell attempted to bring charges against the author of the New York Times article as well, but a magistrate didn’t find enough evidence to charge her. The school posted “No Trespassing” signs at every entrance, Falwell says, a measure that the school claimed would limit coronavirus on campus when the school reopened during the pandemic.

Times attorney David McCraw said in a statement, “[Photographer] Julia [Rendleman] was engaged in the most routine form of news gathering: taking an outdoors picture of a person who was interviewed for a news story.”

“We are disappointed that Liberty University would decide to make that into a criminal case and go after a freelance journalist because its officials were unhappy with press coverage of the university’s decision to convene classes in the midst of the pandemic,” he added.

He said Rendleman was invited on campus by the student to take the photo.

Falwell insisted that he had reassurances from local government and medical professionals that it was okay to get thousands of students back into cramped dormitories, cafeterias, and recreation centers. And then students started to get sick.

According to the New York Times, the doctor the university claimed okayed the move, the school’s medical staff, and the mayor of Lynchburg, Virginia all denied they gave him the thumbs up. About half of the 1900 students who returned to campus fled the dormitories.

Falwell denies the allegations and the doctor quoted by the Times has retracted his comments.

Falwell is known to rule the school founded by his father with an iron fist.  The university has about 15,000 students at its Lynchburg campus and an online enrollment of over 100,000.

He previously derided the response to the novel coronavirus as a media plot to harm Trump’s re-election chances. He dismissed concerns about the dangers of bringing students back to campus after Spring Break.

“We think it’s irresponsible for so many universities to just say ‘closed, you can’t come back,’ push the problem off on other communities and sit there in their ivory towers,” Falwell said during a radio interview with far-right conspiracy theorist and pundit Todd Starnes.

“It’s just strange to me how many are overreacting” to the pandemic, he said on Fox & Friends earlier this month. “It makes you wonder if there is a political reason for that. Impeachment didn’t work and the Mueller report didn’t work and Article 25 didn’t work, and so maybe now this is their next attempt to get Trump.”