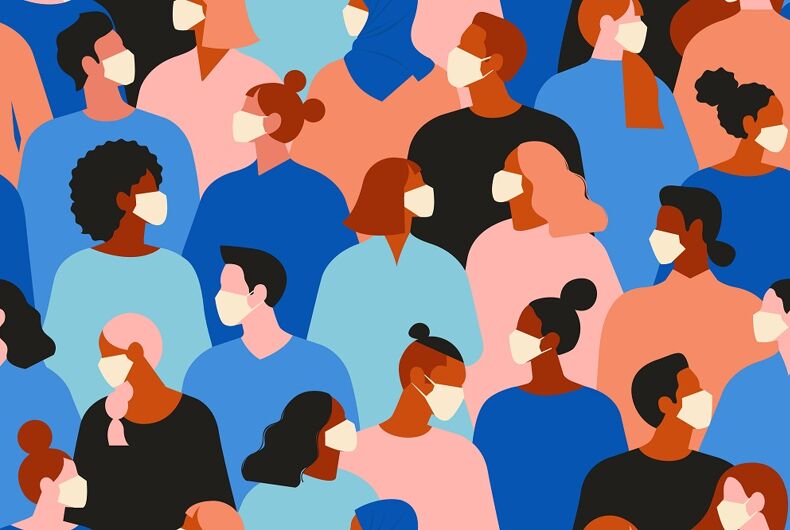 For many of us across the U.S., the COVID-19 pandemic brings heartbreaking and maddening memories of a time in our nation’s history when a president turned his back on an epidemic, delayed action, and allowed too many to suffer and die. For those of us living in D.C. in the 90s, the memories of the AIDS crisis are particularly infuriating and painful.

Back then, Congress used its oversight to forbid the D.C. Council from implementing a clean needle exchange program, a proven tactic to slow the spread of HIV. The program was modeled after successful such programs in other jurisdictions across the country hit hard by AIDS. Congress kept the ban in place in D.C. for over nine years while people suffered and died.

Congress’s callous disregard for the lives of D.C. residents was again on display last week when Congress passed the Coronavirus Aid, Relief and Economic Security Act (CARES). They deliberately cut the amount of aid going to D.C., aid that could be used to fight the spread of this pandemic here.

D.C. is now a hot spot for coronavirus and desperately needs our fair share of aid, just like the states.

When it comes to funding for federal programs such as transportation, education, and other programs, D.C. is accorded funds based on the same formulas used for the 50 states. With the CARES Act, Congress intentionally changed this practice, deliberately cutting the amount of aid for the people of DC.

Each state, will receive a minimum of $1.25 billion in supplemental aid to help make up for the loss in revenue from sales tax, income tax, and other taxes impacted by the economic downturn. D.C., even with more residents than two states and about the same size as four others, will receive a paltry $495 million.

Congress accomplished this egregious action by classifying D.C. as a territory. Without reason. With no voting member to fight for us, Congress decided to cheat Washingtonians out of our fair share of federal aid in the face of a global pandemic.

This decision, if allowed to stand, will have a drastic impact on the people of Washington. Those funds could be used to expand testing and treatment for COVID19. This money could be used to strengthen our social safety net in a time when it is being stretched to its capacity. These resources are needed to ensure not a single additional person succumbs to either the coronavirus or the economic conditions it is creating.

Because D.C. is not a state, Congress maintains control over the laws and lives of the 700,000 of us who make our homes here. Congress has used that authority to slow, stop, or overturn a variety of laws and policies, overriding decisions on how to spend our own tax money.

This affects things from the ridiculous – like attempting to overturn a definition of flushable wet-wipes – to the discriminatory – banning D.C. from using local funds for abortion services for low-income women – Congress has intruded into affairs they would not be able to touch if D.C. were a state.

In 2007, when activists finally got Congress to lift the clean needle ban, D.C. had the highest rate of HIV infection in the country. Of those people who were diagnosed with the virus that year, 80% were African American and two-thirds were between the age of 30 and 49. Notably, 14% of all HIV cases in D.C. were linked to intravenous drug use.

A study commissioned by the Milken Institute School of Public Health at George Washington University showed that, just two years after the ban was lifted, more than 100 people avoided infection and $44 million in lifetime medical costs were saved.

Vice President Mike Pence should know first-hand that needle exchanges can work from his time as governor of Indiana.  In 2015, Scott County, Indiana experienced a sudden outbreak in HIV that was directly tied to intravenous drug use. Then Gov. Pence ignored local activists and medical experts from January to March of that year. It wasn’t until April that Pence instituted a 30-day needle exchange.

A study published in The Lancet in 2017 concluded that had Gov. Pence acted more quickly, half of the new HIV cases in Scott County would have been prevented. The parallels to today, though smaller in scope, are undeniable.

Pence and Congress seem to have forgotten these lessons and decided with the CARES Act to discriminate against the people of D.C. That decision could jeopardize the health and survival of Washingtonians.

It is simply unconscionable that, yet again, Congress could stand by a legislative decision that will lead to the death of residents of the nation’s capital.

As Congress begins to consider an additional coronavirus relief bill, we must push to ensure that we right this wrong. Resources are available to take action. This site has information on emailing Congress, conversation points to share with friends and family and suggested content for social media.  There are signs to put in windows that call for “Equality for D.C.”  There’s even a version that kids can color.

We cannot let this stand.  Statehood for D.C. is the only permanent way to end this sort of unjust treatment. D.C. Vote continues that fight. Right now, though, we just have to make sure that Washingtonians have every possible resource to stay safe.

John Klenert is a member of the Board of Directors for D.C. Vote.