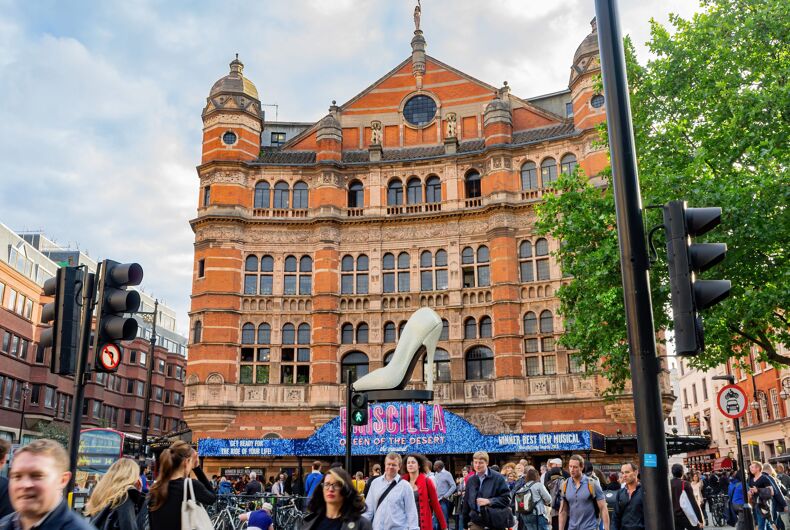 The Priscilla Queen of the Desert musical was a hit when it played LondonPhoto: Shutterstock

In 1994, a broken-down bus named Priscilla departed Sydney’s gay enclave, carrying three glamorous performers to the rural heart of Australia on the most perilous journey of their lives. And although there were only three people aboard, they were soon followed by an entire drag army.

We’re referring, of course, to the film The Adventures of Priscilla, Queen of the Desert, a mid-90s comedy-musical starring Hugo Weaving (Elrond from Lord of the Rings!), Terrence Stamp, Guy Pierce, and a whole bunch of blindingly cheerful ABBA songs.

Related: Watch what happened in the galleries after Australia’s parliament passed marriage equality

The movie was recently highlighted by Culture Cruise, my YouTube series that explores LGBTQ+ moments from film and TV that changed the world.

When Priscilla came out, Australia was surprisingly ahead of countries like the US when it came to drag. There were nationally-known and loved Australian drag performers, even then!

After the film was released, the country completely embraced it, paying tributes to it in informal touring shows and at the Sydney Olympics. Drag queens began touring to remote outposts with Priscilla-inspired shows, and before long, an annual drag festival started in one of the tiny towns featured in the film.

The real-life impact of the movie is truly amazing. By getting out of the gayborhood, that little group of performers really did manage to change the world.