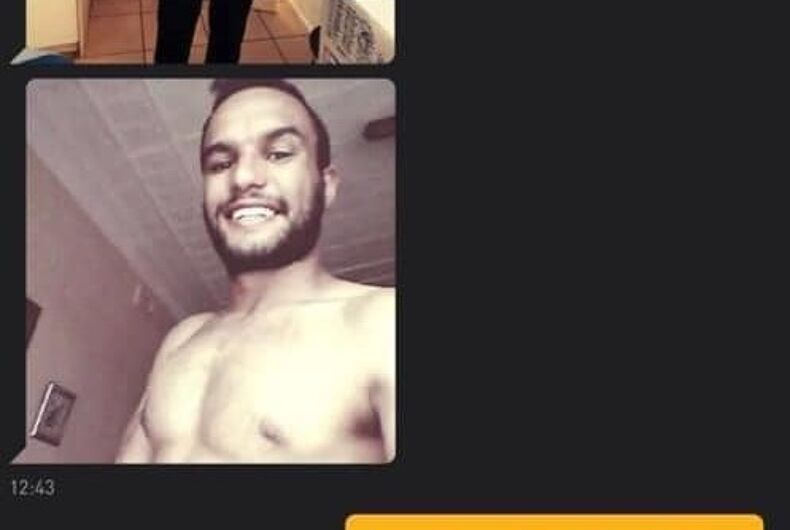 Anti-LGBTQ extremist Christiaan Otto is known for his inflammatory and demeaning social media posts, but now a group of Facebook users is fighting back, saying the religious zealot is a hypocrite.

They say that Otto has been secretly cruising Grindr and they’re publishing what they say is proof of their allegations.

The group Expose Christiaan Otto is making news in South Africa after making the public allegations that Otto was using the popular gay hookup app with a photo-less account and the username “RBayDiscreet.” The married extremist lives in Richards Bay.

In screenshots from a conversation with another user, the person identified as Otto shows photos of him with his shirt off and describes himself as “bottom/vers.”

Otto’s posts have blamed LGBTQ people for the ongoing coronavirus pandemic, said homosexuality is a mental illness, and made religious condemnations.

A local LGBTQ advocacy group has filed a complaint about Otto’s postings with the South African Human Rights Commission.

Otto denied the allegations to local media after the group announced their discovery, saying, “I thought Grindr was something that you cut metal with.”

“All they are doing is creating falsehood against me,” he said. “They just took old photos off of my Facebook account and they created this profile. It’s not rocket science.”

But the activists quickly shot back with more screenshots that they said “is conclusive information that the Grindr messages are legitimate.”

They showed a WhatsApp conversation between Otto and the Grindr user.

“I thought I could trust you dude,” Otto says in the screenshot. “You say you deleted the Grindr chats. What are you trying to do? Delete and block me!”

Otto hasn’t responded to the latest round of screenshots, but has deleted his social media accounts.

A lesbian chicken couple is warming people’s hearts on Twitter