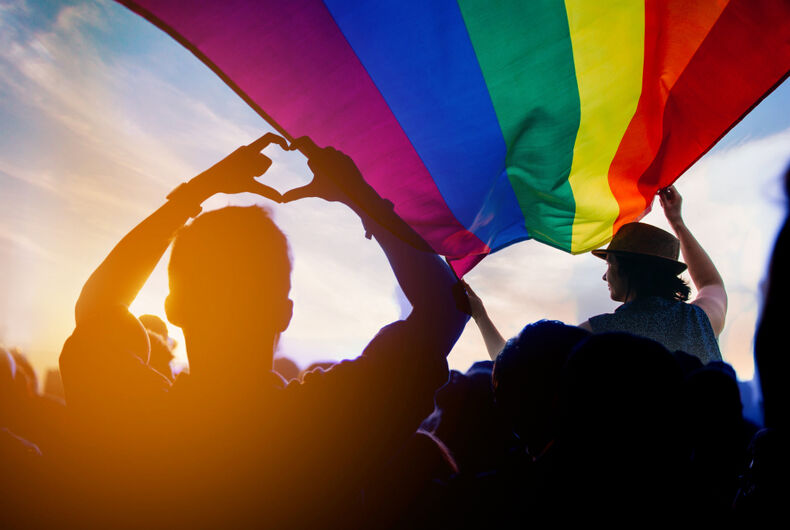 Virginia just became the 20th state in the U.S. to ban so-called conversion therapy for minors, a pseudoscientific form of psychological torture that claims to change people’s sexual orientation and/or gender identity.

Today, Governor Ralph Northam (D) signed House Bill 386, which bans the practice. But while Virginia’s ban paves the way for other southern states to do the same, anti-LGBTQ legal advocates are continuously trying to have such statewide bans overturned as violations of free speech.

Virginia’s House Bill 386 prohibits state-licensed mental health counselors from offering any services that claim to change the LGBTQ-identity of a minor under the age of 18. Any therapist found in violation of the ban will face disciplinary actions from the state’s Department of Health Professions.

The bill also forbids the state government from providing funds to any person or group that practices conversion therapy or refers minors to such services.

“Conversion therapy sends the harmful message that there is something wrong with who you are,” said Northam. “No one should be made to feel they are not okay the way they are — especially not a child. I’m proud to sign this ban into law.”

The bill is especially important in light of the Trevor Project’s newly released National Survey on LGBTQ Youth Mental Health which showed that 67% of LGBTQ-identified young people have had someone encourage them to try and change their sexual orientation or gender identity.

This high percentage suggests a larger societal misconception about queer identity: While LGBTQ identity can be fluid, nearly every American professional psychological and youth organization says that one can’t and shouldn’t try to change their sexual or gender identity.

Anti-LGBTQ religious groups like Alliance Defending Freedom and the Liberty Counsel have tried to fight ex-gay therapy bans as violations of their “free speech” and “religious freedom,” stating that people should have the right to rid themselves of “gender confusion” and “same-sex attraction.”

The U.S. Supreme Court has refused to hear cases challenging these bans as violations of religious freedom. But with a conservative majority now seated on the nation’s highest court, it remains to be seen whether these state bans will continue unopposed.

Regardless, a majority of Americans oppose conversion therapy, and more are becoming aware of the dangerous practice thanks to two semi-recent films — The Miseducation of Cameron Post and Boy Erased — both of which depict young gay people forced into religious ex-gay programs.

It should also be said that states with conversion therapy bans still allow other types of abusive “teen discipline” work camps that pledge to “straighten out” queer and “troubled” youth. These camps are largely unregulated and have even resulted in a few deaths of teens who are sent there by their caretakers.

The newly signed law comes on the heels of several other LGBTQ-inclusive bills being considered in the state legislature: Senate Bill 161 requires schools to provide the proper ID cards for transgender students and allow them to use the appropriate bathroom, Senate Bill 657 eases restrictions for trans residents to change their name and sex on their birth certificates, and Senate Bill 17 repeals a statutory ban on same-sex marriage that still exists in the state.