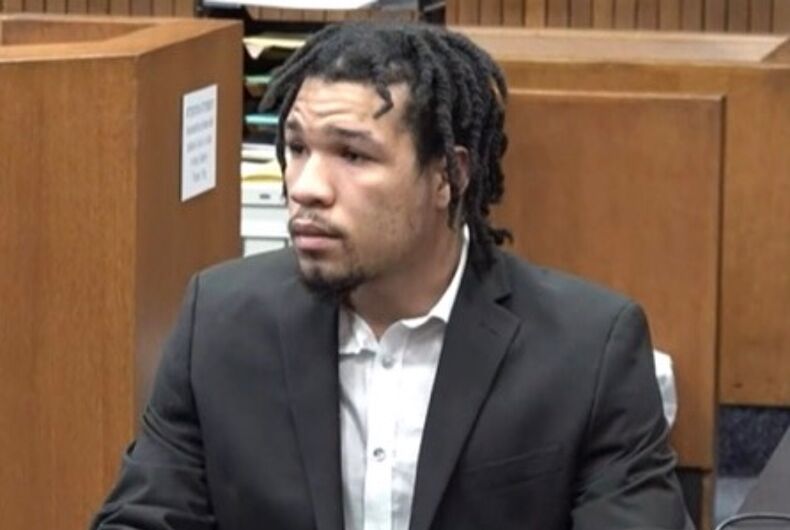 Devon Kareem Robinson was only 18 when he was arrested and charged with shooting Alunte Davis, Timothy Blancher, and Paris Cameron at a house party in Detroit, Michigan. This week, at 19, he was convicted by a jury and could be sentenced to life in prison without the possibility of parole.

Prosecutors were initially unsure if they should proceed to trial as they could not nail down Robinson’s motives, but they ultimately decided to move forward in November. Special prosecutors at Fair Michigan, a LGBTQ rights organization, joined forces with them.

After a week-long trial earlier this month, the jury returned a verdict in under two days. They voted to convict on all ten counts against Robinson: three first-degree murders, two assaults with intent to murder, and five charges of use of a firearm in connection with a felony.

Robinson’s victims were two gay men, Blancher and Davis, and a transgender woman, Cameron, all under the age of 22.

On May 25, 2019, Robinson ran into Cameron at a gas station before attending a house party with her. When he left, prosecutors alleged that Robinson returned with a black ski mask and gun, opening fire on more than 15 people in attendance.

Robinson was seen ‘dry heaving’ in security footage after leaving the party around 4:00 AM, less than an hour before the shooter arrived. Although the shooter was wearing a mask, witnesses testified to his ‘blank’ expression and noted he had light brown eyes, like Robinson.

More than 20 gunshots were reportedly fired, and one attendee testified that there was so much blood that the . Other than the three murder victims, two other people – Clifton Keys and Armon Matthews – were seriously injured.

Initially, the Wayne County Prosecutor’s Office believed that Robinson had deliberately targeted the victims based solely on their identity. It became clear through witness testimony and evidence, however, that Robinson had committed the killings out of internalized homophobia.

#DevonRobinson also GUILTY of Assault with Intent to Murder Clifton Keys and Armon Matthews. Guilty of all remaining counts of Use of a Firearm in Connection with a Felony. 10 counts in total. pic.twitter.com/QrlUeqDSNG

At the trial, Fair Michigan’s Jaimie Powell Horowitz led the jury through witness testimony, which described how Robinson engaged in sexual acts with multiple people at the party, including Cameron. He became enraged by people that began calling him gay, and Horowitz said that Robinson intended to murder everyone who knew about what he had done.

His DNA was found on Cameron’s body after her murder, which Robinson initially denied while talking to police.

Robinson’s sentencing is on April 13. Watch delivery of the verdict below:

Adam Lambert wants a biopic on George Michael’s life. Even if he has to star in it.