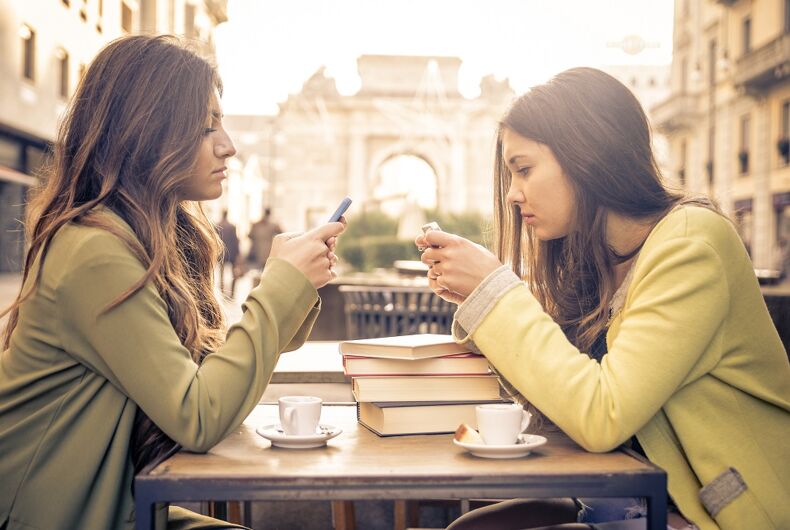 “…Religion is the opium of the people.”

Karl Marx, who was no fan of organized religion, saw it as functioning similarly to opium for the injured or sick person. While it reduced painful suffering and provided a sense of peace and comfort, it also numbed them to the oppressive class structures around them and, thus, inhibited their engagement in social change efforts to improve their circumstances.

Marx’s generalization, while an overstatement, still has kernels of truth.

The current forms of opium of the people – just as addictive and dangerous in moderate to large quantities – are phones and other social technologies. They numb the senses with or without headphones or ear buds by transporting the mind to virtual realities.

In what I refer to as “the Los Angelisification of America,” people are driving solo down long and complex internet and social media superhighways in and through impersonal mega cyber cities at speeds so fast as to make real communication impossible.

Few people walk down sidewalks waving and chatting with passersby or dropping in for a comforting get-together.

Like actual opium and other narcotics, users of social media need bigger and bigger hits to get their addictive “high.”

The organization Addiction Center classifies social media addiction as a form of non-substance “behavior addiction,” like gambling. While not all users develop to the same addictive degrees, it “is characterized as being overly concerned about social media, driven by an uncontrollable urge to log on to or use social media, and devoting so much time and effort to social media that it impairs other important life areas.”

When simply attempting to put it down for relatively extended periods of time, users who try to stop can experience “withdrawal symptoms (i.e., experiencing unpleasant physical and emotional symptoms when social media use is restricted or stopped), conflict (i.e., interpersonal problems ensue because of social media usage), and relapse (i.e., addicted individuals quickly revert back to their excessive social media usage after an abstinence period).”

Studies show that behavioral addictions like gambling stimulate similar dopamine producing structures in the brain like drugs and alcohol, which are responsible for our “reward” functions.

About 73% of people claim to experience anxiety or a mild panic if they misplace their phone. Adults in the US spend two to four hours per day on their devices with an average of 2,600 daily touches. Many people can even feel their phone vibrate in their pockets even when they aren’t carrying them.

I ask students in my university courses to shut off their technology during class except when taking notes, but many simply won’t or can’t.

When I ask them again to shut off their devices, some complain that I am unfair. Some argue that they literally cannot do so because when they do, they become very anxious and completely unable to concentrate.

Some state that they need to stay connected and claim that they can multitask and remain focused on class information and discussions while in cyberspace.

But multiple studies have settled the question that multitasking — engaging in more than one task at the same time — is a myth.

“Those people who think they can split their attention between multiple tasks at once aren’t actually getting more done,” wrote Jory MacKay at the RescueTime blog. “In fact, they’re doing less, getting more stressed out, and performing worse than those who single-task.”

This year I gave up! I understand how addiction works, whether it’s controlled substances or behavioral additions. Though they often still numb out, I told students that if they need to use their devises, they must sit in the very back row of the class as not to disturb other students. Fortunately, the majority of students not in the back row are more fully engaged.

These forms of media “are manifestations of the adult world with carefully designed incentives and mechanism to influence consumers…They have little agency over their lives… [But] young people have always been a force for democracy… [They] can change society for the better by abandoning outdated ideas and introducing new ones. But if we raise generations of children that never experience independence and are oppressed, there will never be any improvement.”

So, yes, paradoxically, individuals connecting into social media disconnect from other individuals and from society. I am deeply concerned about the future of this trend and where it is leading our increasingly plugged in but humanly detached society.