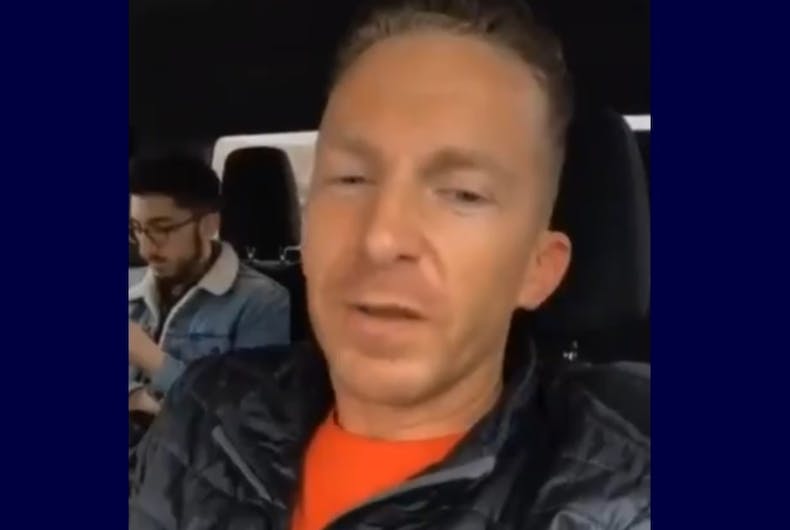 A conservative Christian pastor issued an angry rebuke of churches taking measures to prevent the spread of coronavirus, calling them “sissies” and “pansies” who have been “neutered.”

Jonathan Shuttlesworth, a televangelist who co-founded Revival Today TV, called out European churches that are taking measures to prevent the spread of coronavirus.

“Shame on every European full gospel church, bunch of sissies, that shut down during this thing,” he said. Italy is the country with the second-most confirmed cases of coronavirus in the world, after China, and churches there have taken steps to prevent the spread of the virus, like removing holy water and canceling large events.

Shuttlesworth went after those churches, which are mostly Catholic.

“Catholic Church not having holy water in the lobby — how holy is the water then?” he said in his rant. “That should be a sign to you that your whole religion’s a fraud. Any faith that doesn’t work in real life is a fake faith. Totally fake.”

But he went back to how he believes that it’s not manly to use hand sanitizer or be concerned about hygiene.

“If you’re putting out pamphlets and telling everybody to use Purell before they come into the sanctuary and don’t greet anyone, you should just turn in your ministry credentials and burn your church down — turn it into a casino or something,” he said. “You’re a loser. Bunch of pansies. No balls. Got neutered somewhere along the line and don’t even realize it.”

He also said that coronavirus prevention measures are the work of the devil.

“Let me tell you if the devil doesn’t want there to be mass gatherings — it’s time to hold mass gatherings. If I lived in Italy I would call an open-air crusade to pray for the sick. If you have to go to jail, go to jail.”

Right-wing evangelist Jonathan Shuttlesworth has no time for "loser" pastors who are canceling services because of the coronavirus, saying they should instead be holding mass gatherings to demonstrate the power of their faith. pic.twitter.com/XNXJ89AE32

While he rejects a science-based approach to coronavirus prevention, he did say last week that there is something that will protect America from the disease: Donald Trump’s policy towards Israel.

“They can say whatever they want, he honored Israel. Obama honored the enemies of Israel; Trump honors Israel, and it’s a massive difference. And because of that, I predict America will be minimally affected by coronavirus,” Shuttlesworth said.

He said that “Pacific Northwest, California, and New York” are “four places” that will not be protected by Trump’s views on Israel because they gave “God the middle finger in the shape of an Empire State Building lit up in pink to celebrate the passage of the [legislation] that you can kill a baby.”