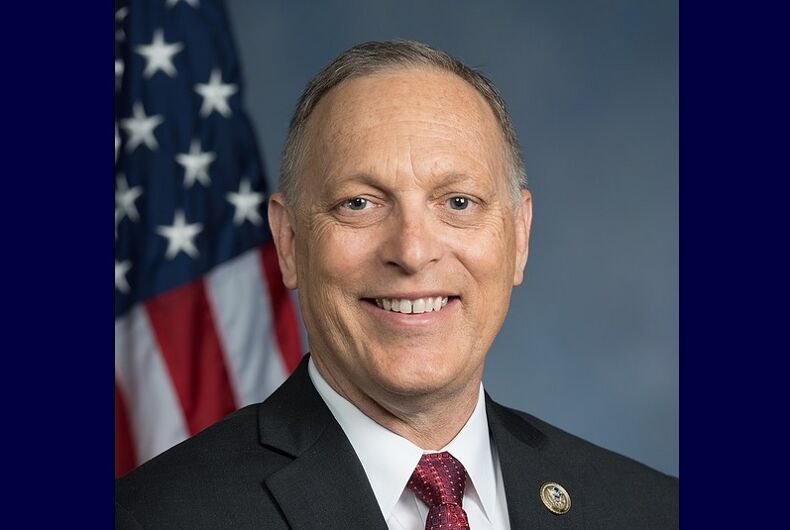 The House of Representatives finally passed a coronavirus relief bill this past Monday night, but one Republican refused to vote for it because he said it “redefined family” by including sick leave to care for an unmarried partner’s children.

Rep. Andy Biggs (R-AZ) was talking to the SPLC designated hate group Family Research Council’s radio program this week to explain why he was voting against the Families First Coronavirus Response Act (FFCRA), which would provide free coronavirus testing for the uninsured, strengthen social welfare programs like unemployment insurance and food stamps for people who are losing work due to the pandemic, and give two weeks of paid sick leave and family and medical leave so that people can take care of themselves and those close to them.

It was that last provision that bothered Biggs enough to vote against the bill.

He’s referring to a part of the bill that defines a person’s child to include several types of children: biological, adopted, and foster children, stepchildren, and “a child of a domestic partner.” A “domestic partner,” according to the law, is someone in a committed relationship with an individual and they “share responsibility for a significant measure of each other’s common welfare.”

The FFCRA specifies that the definition of domestic partner includes “individuals of the same sex.”

This isn’t new, the Intercept notes. The language was copied from earlier sick leave legislation from 2015.

Biggs went on to say that sick leave for domestic partner’s children has “nothing to do with the coronavirus,” not explaining how the bill should have handled the reality of people who are responsible for their significant other’s children even if they aren’t married.

Biggs won his first election for U.S. House in 2016 and earned a score of 15 out of 100 on HRC’s Congressional Scorecard for 2017 and 2018. He got only 15 instead of 0 because he voted against repealing Obamacare, which was included in HRC’s Scorecard because repealing Obamacare would have negatively affected LGBTQ people and people living with HIV more than others.

He also has a history of supporting hate groups. In 2012, as a state representative, Biggs was a policy advisor to United Families International, an SPLC designated hate group, and his wife Cindy Biggs was the treasurer.

The organization said at the time that people should “discourage homosexuality” and that “pedophilia is widespread among the homosexual community.”

“Bringing to light the negative impacts for men who have sex with men can actually be a compassionate position based on the desire to help people avoid a lifestyle that is generally fraught with heartache and disease, and in some cases even death,” the organization’s leader said in 2014, when Biggs was in the Arizona Senate.

That same year, as Arizona Senate president he supported a bill that would have allowed business owners to refuse service to LGBTQ people if they claimed their religion requires them to.

Limbaugh host: San Francisco is under lockdown because “they don’t want all the gays dropping dead”