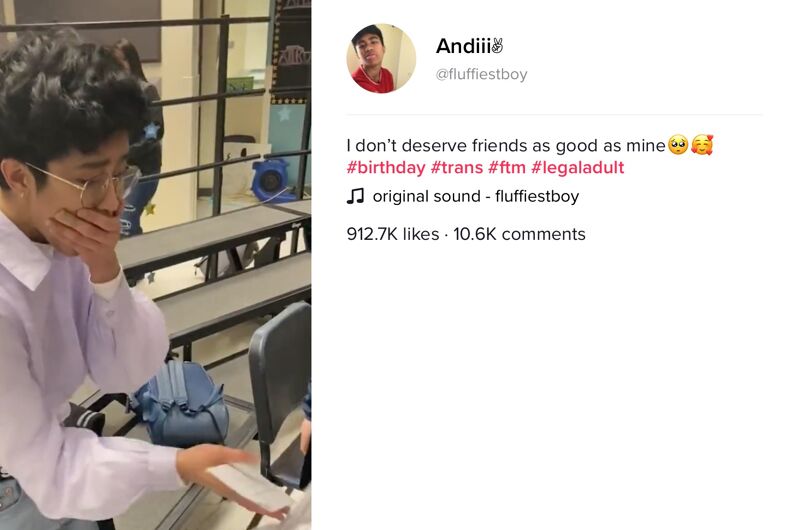 Andi Bernabe got the best 18th birthday present ever. Even better, while his friends had planned the gift for a month, the high school senior had no idea what they were up doing.

As an official adult, Bernabe is now able to legally change his name to Andrew, but the administrative costs are about $300 for the paperwork. Berabe’s classmates raised the money to pay for the fees.

“I was planning on getting a job to pay for it, and just putting a little bit away every month,” Bernabe told Yahoo! News.

After Bernabe is led into the choir room at his school, a group of friends starts singing and announce they “kinda” have a present for him. And then they hand him an envelope full of cash and a “birth certificate.”

“They made this fake paper birth certificate and they all signed it,” he said. “I obviously dropped down to the floor and started crying. It was overwhelming honestly, I couldn’t believe they actually did it, especially since it’s $300.

A new study found that transgender people who are referred to with the correct name are at a lower risk of suicide.

“I’ve been doing research on LGBT youth for almost 20 years now, and even I was surprised by how clear that link was,” researcher Stephen Russell of the University of Texas said. “It’s practical to support young people in using the name that they choose. It’s respectful and developmentally appropriate.”