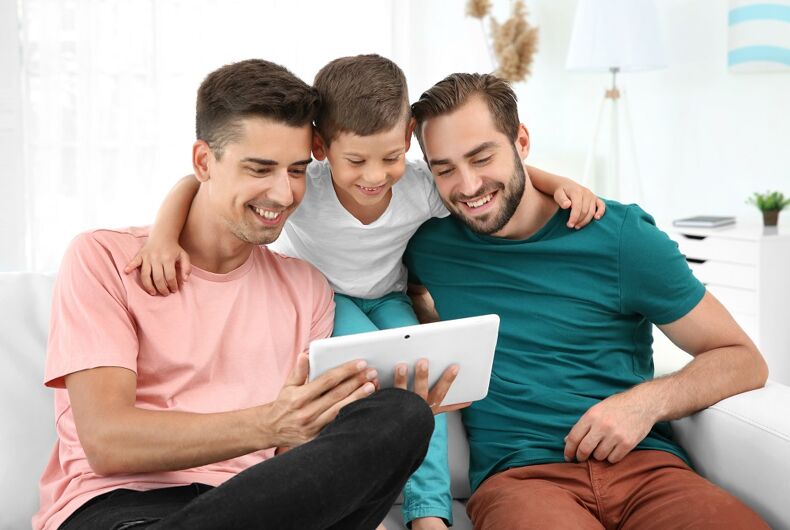 Texas Attorney General Ken Paxton (R) filed a Supreme Court action against a 2016 California law that prohibits state-funded travel to states with anti-LGBTQ laws, saying that it has every right to allow adoption agencies to ban gay and lesbian couples from becoming parents.

In 2017, the state added Texas to the list of states that California institutions cannot pay to send staff, board members, or students to after Texas passed a law that allowed foster care and adoption agencies to discriminate against families that don’t live up to the agencies’ religious principles.

At the time, Texas’s Republican governor joked that California businesses would “flee over taxation and regulation” and move to Texas. Now Texas is crying foul.

“California is attempting to punish Texans for respecting the right of conscience for foster care and adoption providers,” said Paxton in a news release.

He cited the case of Jack Phillips, a Colorado baker who refused to sell a cake to a same-sex couple that was getting married. In 2018, the Supreme Court ruled in Phillips’ favor and sent his complaint back to a lower court to examine if the state engaged in religious discrimination in the case, but the Court did not rule against bans on anti-LGBTQ discrimination.

Paxton claims in the motion filed with the U.S. Supreme Court that California’s law is unconstitutional.

“Nothing requires California to fund interstate travel,” the motion states. “But when California chooses to do so, it must not invidiously discriminate against other States and those States’ citizens and businesses.”

While the Constitution does not ban states from treating other states differently, Paxton argues that California’s ban interferes with interstate commerce by placing unfair limitations business.

He also argued that there is no legitimate reason for the law and said that California was actually discriminating against the concept of religion itself: “Expressing animus towards religion is not a legitimate governmental purpose… Neither is punishing the citizens and businesses of a sister State to pressure that State to change a law that has nothing to do with the targeted citizens and businesses.”

The motion even trolls LGBTQ advocates by citing Lawrence v. Texas – which ended sodomy laws in the United States in 2003 – to say that expressing moral disapproval is not a legitimate state interest.

In response to the motion filed on Monday, Equality Texas CEO Ricardo Martinez released a statement accusing Paxton of hypocrisy for caring about religious liberty when it comes to Christian adoption agencies discriminating against LGBTQ people while supporting Donald Trump’s Muslim travel ban.

“His religious liberty excuses are a false argument to continue his clear and ongoing war on LGBTQ Texans, as evidenced by the dozens of actions he has taken against our community while in office… The only result of the foster care bill that passed in 2017 is that it allows organizations to discriminate against LGBTQ Texans and it continues to hurt children who sleep in office buildings and die in the state’s care because there are not enough foster parents when a child could otherwise be adopted by loving LGBTQ parents.”

According to Politico, Texas has also been repeatedly criticized for it poorly run foster care system.

According to the Texas Tribune, religious exemptions have been a top priority of Paxton for quite some time, and he has spent years fighting against the equal treatment of LGBTQ people under the law.

He continues to fight against the healthcare rights afforded to transgender people in the Affordable Care Act.

He also fought publicly in favor of Chik-fil-A after the San Antonio City Council voted to ban the notoriously homophobic chain from the city’s airport.

In a statement on the matter, Paxton wrote, “The Constitution’s protection of religious liberty is somehow even better than Chick-fil-A’s chicken. Unfortunately, I have serious concerns that both are under assault at the San Antonio airport.”

Paxton also currently refuses to represent a state agency that is being sued because it punished a Waco judge who won’t marry same-sex couples.