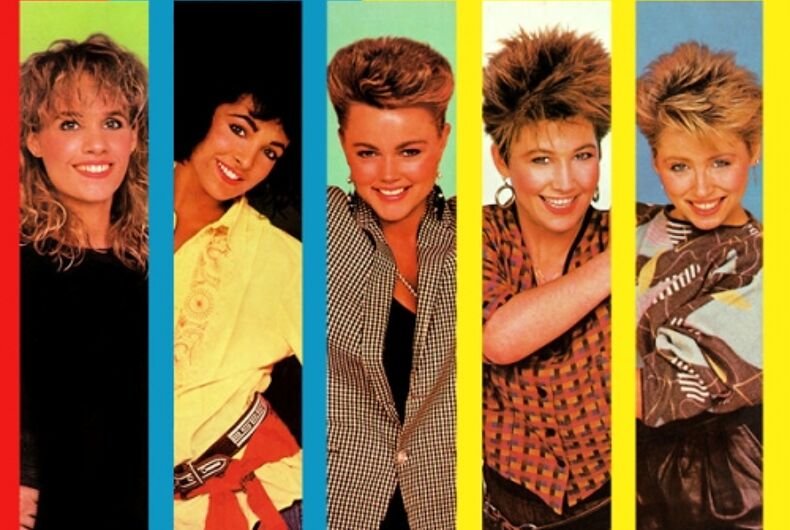 This past weekend I had the incredible opportunity to experience the Sundance Film Festival for the first time.

This wasn’t just some random trip, however; I was there for the premiere of the new documentary The Go-Go’s. For me, this was special because my mother, Belinda Carlisle, the lead singer of the band, is in it.

Related: The ‘Godmother of Rock & Roll’ was a black lesbian

I sat there next to my mom and her bandmates, watching the film for the first time, I couldn’t help but be emotional. I realized my mother was a musician when I was very young, but it was only as I got older that I fully understood how truly historic and meaningful her and the other Go-Gos’ contribution to music has really been.

It may be hard to believe, but they were and are still the only all-female rock band to write their own songs and play their own instruments to have a number one album on the Billboard 200 list. Ever. Period.

They are trailblazers in terms of feminism but also for the LGBTQ community. Not only are some of the band LGBTQ themselves, but they have always had a very strong gay fan base, and they have always used their platform to advocate for the rights of LGBTQ people.

The new documentary really encapsulates all that and I can’t wait for people to see it when it premieres on Showtime later on this year.

I got to spend time with the Go-Go’s as they did press at Sundance to promote the project, and one of the questions they got asked repeatedly is why they haven’t yet been inducted into the Rock & Roll Hall of Fame (RRHOF), despite being eligible for years now.

The truth, they said, is that they really didn’t know – perhaps it was when their manager complained to Rolling Stone editor Jann Wenner (a co-founder of the RRHOF) about the sexist headline (“Go-Go’s Put Out”), which was used when the band was on the magazine’s cover in 1982.

In any case, they said, they really don’t care at this point whether they get inducted or not. There are countless important musicians (Cher being perhaps the most egregious example) who have been snubbed by the RRHOF, and many of those ignored happen to be women. In fact, less than 10% of Hall of Fame inductees have been women, a shocking and embarrassing statistic.

The RHHOF’s selection process, which is totally private, is completely random, arbitrary, and has absolutely zero credibility. Who made them the ultimate deciders when it comes to what constitutes great music or musicianship? No one.

The glaring omission of the Go-Go’s in the 2020 list of inductees to the RRHOF is a testament to the institution’s irrelevancy. They can continue to ignore the contributions of the most successful all-female rock group of all time but that is a stain on them and nobody else.

The Sundance premiere is just the beginning of what is sure to be a big year for the Go-Go’s. As I said, there is the TV premiere on Showtime as well as the theatrical premiere which will hopefully happen in the summer; the band will tour the U.S. in support of the film.

I am so glad that this groundbreaking, trailblazing group is finally getting the recognition they deserve.

Ultimately, I respect these women not just because one of them is my mom, and not just because they’re rock stars (though they are), but because in an industry that pressures you to conform and be something you’re not, they’ve shown courage, fearlessness, and authenticity. They are and have always been nothing but themselves, and that has been such a valuable lesson for me.