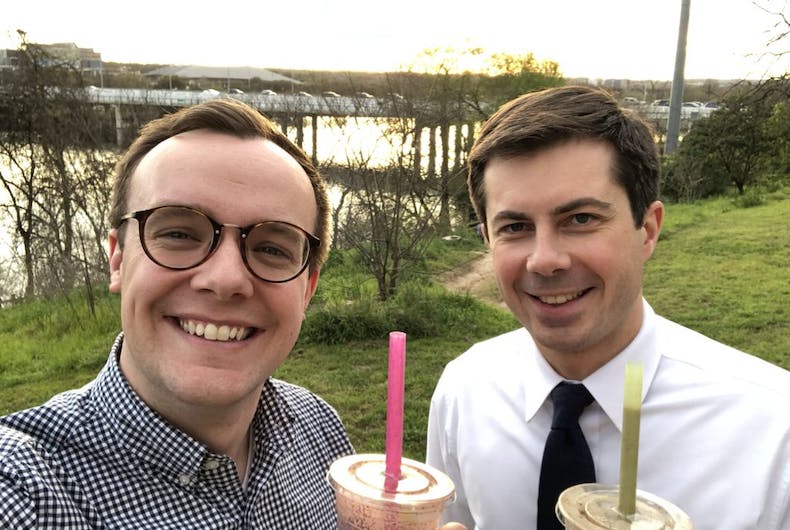 A proposed law that would ban discussions of LGBTQ people in Iowa school could also prevent teachers from telling students that out Democratic presidential candidate Pete Buttigieg is gay.

The bill would make it illegal for educators to teach about any topics related to sexual orientation or gender identity without parental notification.

The bill applies to “any program, curriculum, material, test, survey, questionnaire, activity, announcement, promotion or instruction of any kind.” Current law allows parents to opt-out of sex education but is limited to health class discussions of human development.

Buttigieg, who won the Iowa caucuses in his race for the presidency, has kissed his husband on stage and regularly fields questions about being the first viable gay candidate for president. His sexuality has made him a target of the religious right and right-wing pundits like Rush Limbaugh.

During testimony before a House panel, Emily Piper from the Iowa Association of School Boards asked one of the bill’s co-sponsors, “What if we’re having a discussion on current events and there’s a presidential candidate who is gay? Can we not have that conversation in the government class?”

Supporters defended the measure. “Parents have a right to know when it comes to a controversial issue what their children are being taught in schools,” said pastor Brad Cranston.

Opponents said that the bill assumes that children “can be made to turn gay or trans by suggestion,” said mental health professional Lorilei Baker.

The measure advanced out of the panel and will be sent to the full committee for a vote. Iowa currently has 13 anti-LGBTQ bills pending in the state legislature.