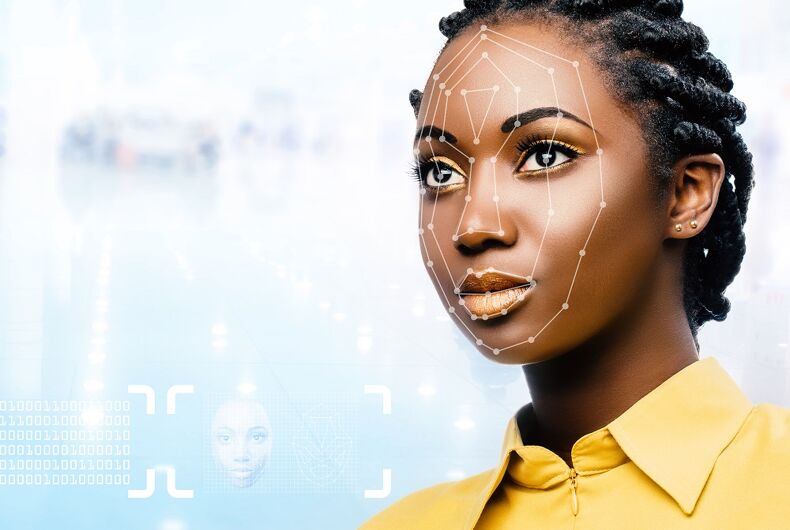 A new app designed exclusively for women is raising eyebrows for requiring users to send in pictures for their bio-metric gender verification software to get access.

The app, called “giggle,” explains that the gender verification process “ensures that those within the platform are verified as girls.”

Users are required to send in a “3D selfie” that examines their bone structure, a process that “ensures that those within the platform are verified as girls.”

“It’s Bio-Science, not pseudo-science like phrenology,” the app claims.

At the end of this explanation in the app’s FAQ, a message about trans women casually states “Unfortunately it doesn’t verify trans-girls [sic]. But we can help you at giggle HQ!” with a link to a contact page.

This message made waves after Toronto writer Alex Verman tweeted a screenshot and wrote, “Having a great time here at the end of days.” The tweet went viral and Verman has since made their account private.

The tweet has received over 29,000 likes and over 3,000 retweets, with people calling it pseudoscience, phrenology, racist, and “terfy” (a reference to trans-exclusionary radical feminism).

That's phrenology. It's not only terfy, it's racist as fuck.

race science but make it gender!

is there a better example of how fake woke corporate marketing sells old oppression in new packaging?

How to determine if somebody is a woman: Ask them.

The app, which has an average rating of 1.5 out of 5 on the iPhone’s App Store, is also being criticized for violating privacy.

“Transphobia aside,” wrote one Twitter user, “Who could possibly thin[k] handing a full body biometric scan to a social media company nobody has ever heard of is a good idea?”

While giggle’s approach has been met with intense scrutiny, online safe spaces for women is a need that commercial websites and apps will continue to respond to.

A 2017 study by the Pew Research Center found that while men report experiencing online harassment at slightly higher rates than women overall, women experience far higher rates of “sexualized forms of abuse.” 21% of women between the ages of 18 and 29 reported this kind of online abuse, compared to only 9% of men. 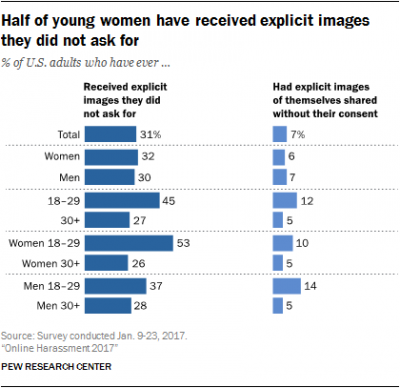 53% of women in that age category also reported receiving explicit images they did not ask for.

Additionally, women reported placing a much higher value on feeling safe online as compared to men. 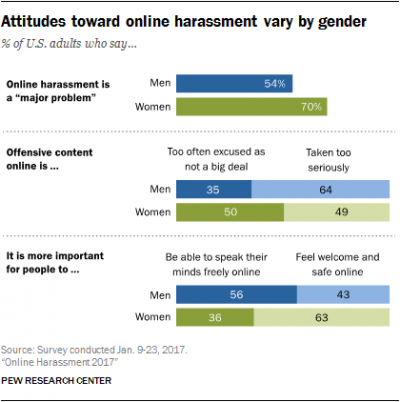 Facial recognition software has been making headlines for its inability to correctly identity transgender and nonbinary people because it’s based on the idea that person’s face – not their identity – makes them either a woman or a man.

In October, Reuters reported on a study at the University of Colorado Boulder that found facial recognition software correctly classified cisgender men 97.6% of the time and cisgender women 98.3% of the time.

But it misidentified trans men as women 38% of the time.

The technology also misidentified nonbinary and genderqueer people 100% of the time, as the technology is only programmed to categorize people into male and female.

As the use of facial recognition software continues to grow, experts are worried it will cause more discrimination against trans and nonbinary people.

At places like airports, for example, more invasive searches could be performed if a person’s ID does not match the gender the software says they are.

“As our vision and our cultural understanding of what gender is has evolved,” said assistant professor of information science and senior author of the University of Colorado study Jed Burbaker. “The algorithms driving our technological future have not. That’s deeply problematic.”

Update: Giggle sent LGBTQ Nation a statement saying that the “true controversy is the misogynistic, transphobic, racist and bigoted abuse women experience online and in the real world every day.”

The statement said that the platform’s primary mission is “creating a female only space” and that facial scanning software has “a high degree of accuracy although nothing is infallible,” so that’s why they’re using it as a “gatekeeper.”

“At giggle HQ, real people observe the gatekeeping process, and if and when errors occur, they correct them,” the statement said.