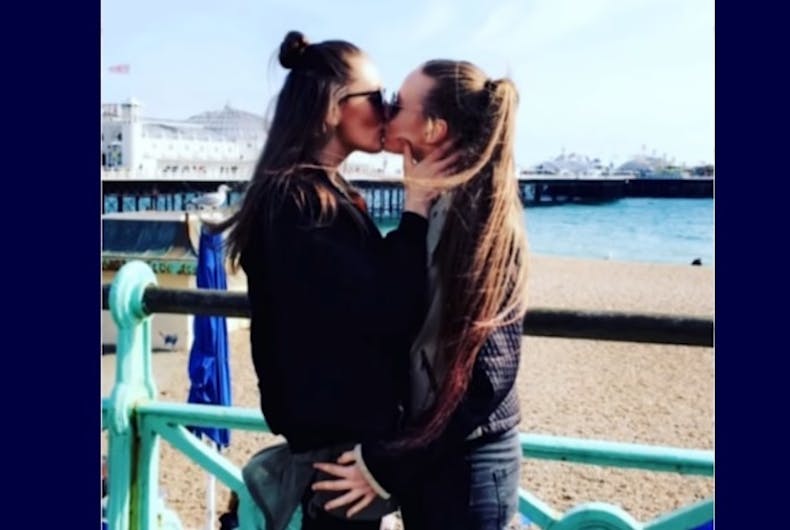 Same-sex marriages just started being performed in Northern Ireland after the U.K. government had to intervene last year and legalize marriage equality in the country.

Sharni Edwards and Robyn Peoples from a suburb of Belfast were the first couple to tie the knot today, their sixth anniversary.

IT’S OFFICIAL! NI has just had its first ever same-sex wedding

Sharni & Robyn got married this afternoon on their 6 year anniversary

Their beaming smiles & love for one another is what everyone fought for – and it’s beautiful! #LoveIsLove 🌈https://t.co/dhHzAmcC6S

“We didn’t expect to be the first couple, it’s coincidental,” Edwards told RTE. “Today is our six-year anniversary so we wanted to go ahead with a civil partnership but when the bill was passed, it was perfect timing.”

“We feel humbled that our wedding is a landmark moment for equal rights in Northern Ireland. We didn’t set out to make history, we just fell in love,” she added, calling the day “surreal.”

“We fought so long and hard for this opportunity to be seen as equal and now we are here and it’s just amazing,” Peoples said.

The couple appeared on Good Morning Britain before their wedding to discuss their historic marriage.

“It’s really important to us because it means that we’re level with everyone else now,” said Edwards. “We don’t have to prove that our relationship is real and that our love is true.”

Marriage equality was legalized in England, Wales, and Scotland in 2013 and 2014, but Northern Ireland still banned same-sex couples from marrying until last month.

Peoples said that their family and friends were excited for their wedding and that they just had to wait on the government to catch up with the times.

“Everyone is so excited,” she said. “It’s been years of fights and campaigns… and marches. Everyone has waited for so long just to be seen and equal in our country. It’s our politicians that have pushed us back.”