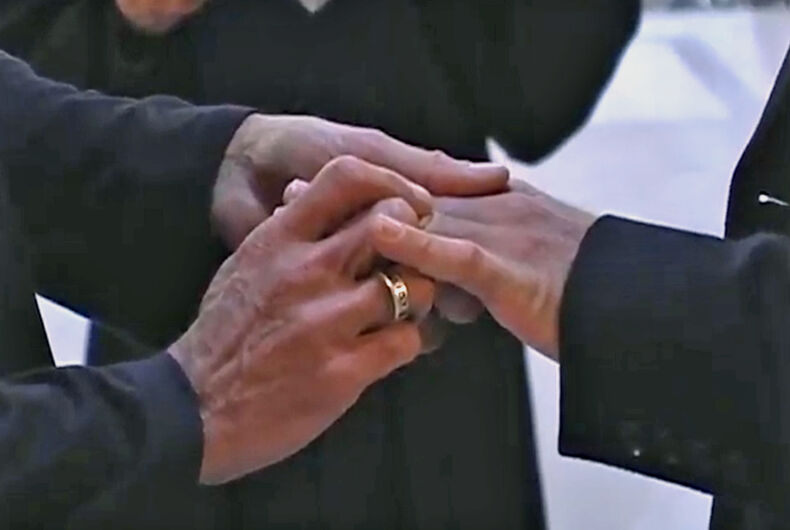 A Republican lawmaker has proposed a law in the Iowa state Senate that would create a state record of people’s “sexual preferences” on their marriage licenses, that can then be referenced during divorce purposes, at the least.

Dennis Guth of Iowa’s Fourth Senate District is the primary sponsor of Senate File 2130, which would also make “fraudulent concealment of sexual orientation” grounds for a member of a divorcing couple to lose custody of their children, such as domestic abuse.

File 2130 is one of several anti-LGBTQ laws introduced in Iowa’s chambers within the last week, such as a ban on discussions of LGBTQ people in public spaces (including candidate for President Pete Buttigieg). The Des Moines Register compared the law to giving the government the ability to “virtually peer into other people’s bedrooms to make sure they’re not gay.”

If this bill became law, people that come out as gay or bisexual but did not list that on their license, would be legally liable for the dissolution of the marriage and could be used against you in considerations for custody, only outweighed by a previous record of domestic abuse.

This form of “lying” would be decided by the magistrate overseeing the divorce. This lying would be “evidenced by nondisclosure or misrepresentation of a party’s sexual orientation at the time of the marriage.”

Guth is a former board member of the social conservative group Family Leader, who describes him as “fearless.” They defended Guth for “speak[ing] the truth in love” in 2013 when he called gay people “health risks” due to the “sexually transmitted infections that this lifestyle invites.”

File 2130 has been assigned for review by a subcommittee, but no hearings have been scheduled as of yet, according to the Gazette.