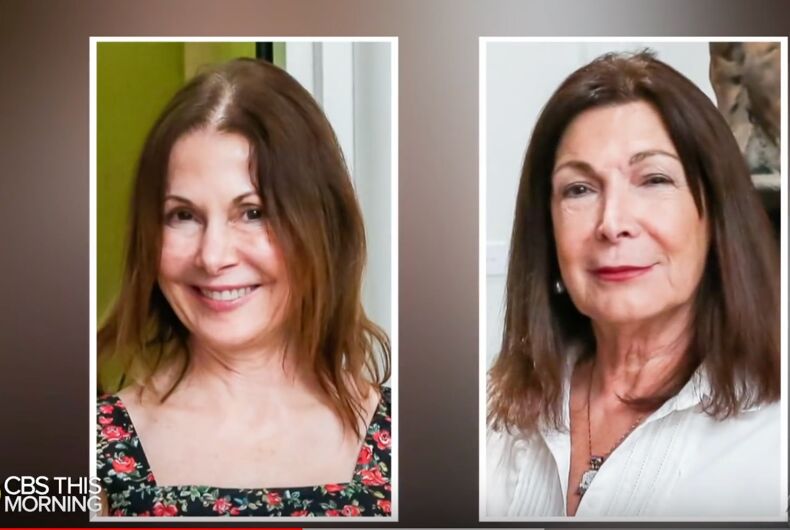 Two elderly women – who lived together and died together after their car plunged off a Florida ferry – were found embracing in death.

Authorities say the car Emma Afra and Viviane Brahms were driving wasn’t in park when the ferry left. When it rolled forward, Afra accidentally hit the accelerator instead of the brake, causing the vehicle to surge forward over chocks placed in front of the tires and through a barrier.

The women are described in news reports as “longtime friends.” They lived in the same home and were always together.

Divers found the car upside down about 52 feet below the surface.