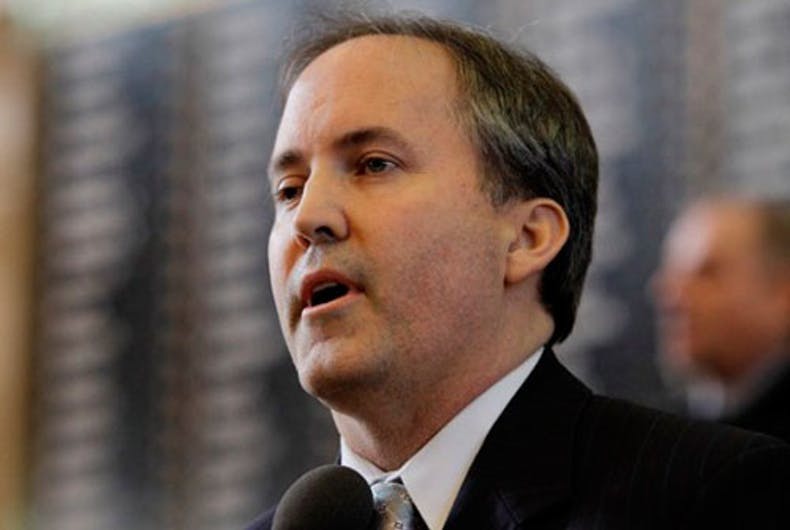 Texas Attorney General Ken Paxton has decided not to enforce the rule of law.

A judge in Texas is suing a state agency after she was sanctioned for refusing to perform same-sex weddings, arguing that she is being discriminated against as a Christian. Paxton has decided not to defend the agency’s lawful decision.

McLennan County Justice of the Peace Dianne Hensley (R) received an official warning from the state’s Commission on Judicial Conduct for refusing to perform same-sex marriages, even though she performed around 70 straight marriages since 2016.

Paxton’s communications director, Marc Rylander, said the commission “is an independent agency authorized to represent itself in legal proceedings, which it typically does.” The Waco Tribune-Herald notes that a quick look at the record shows that the Attorney General’s office has defended the agency in court on numerous occasions.

“We believe judges retain their right to religious liberty when they take the bench,” Rylander added.

The agency told her that refusing to marry same-sex couples violated state rules about judicial impartiality and cast “doubt on her capacity to act impartially to persons appearing before her as a judge due to the person’s sexual orientation.”

If the agency would like to retain outside counsel, they will need approval from the Attorney General’s office.