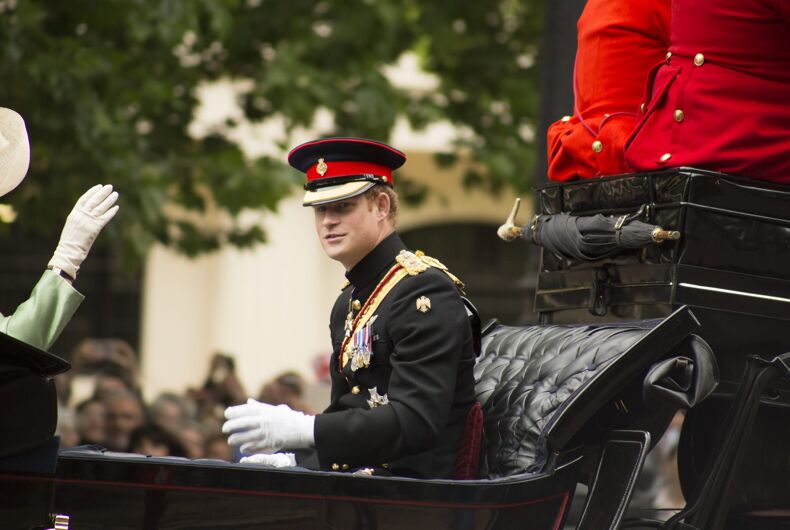 A gay soldier that served alongside Prince Harry, the Duke of Sussex (for now), decided to open up and reveal a story that shows that the royal family member does not stand for bigotry.

James Wharton sat with the Forces News Network in an article that was released on Friday. Wharton, known as “the first openly gay serviceman to feature on the front of SOLDIER Magazine,” recounts an incident in 2008 that had Harry “offended.”

Related: Prince Harry & Meghan Markle want to raise a child with a ‘fluid approach to gender’

I’d got myself into a bit of a situation with some soldiers from another regiment and, essentially, they didn’t like the fact I was gay…they were sort-of chest poking me and making me feel quite uncomfortable.

I got into my tank where Prince Harry was doing something, and he could see that I was clearly affected by something and he asked me what the problem was. I told him that there were a couple of soldiers outside who weren’t very happy with the fact I was gay.

Quite offended that his gunner was being picked on by these people, Prince Harry went out and saw these soldiers and spoke to them, and the problem went away. He told them off and they left me alone.

Prince Harry served in the British army for 10 years, as required by law in the United Kingdom. Depending of the time of year, Harry either held the rank of second lieutenant or lieutenant during the incident, most likely serving in Afghanistan.

As for more info on Prince Harry, Wharton said he believes the Duke was a good soldier. “He knew how to do his job, he was skilled, he took the time to know his people, he wasn’t afraid to get himself involved with things that were going on,” Wharton said.

“It wasn’t uncomfortable, we weren’t being careful with what we said,” Wharton recalled. “He was just able to embed himself into our community because he was one of us.”

This news was overshadowed with Harry and Meghan Markle, the Duke and Duchess of Sussex, announcing that  they’re stepping away from their senior roles in the Royal Family this week to move into a more private life together. They are attempting to forge “a progressive new role” which will include being “financially independent” of the crown while publicly supporting the Queen.

Two LGBT students are suing an evangelical college for expelling them