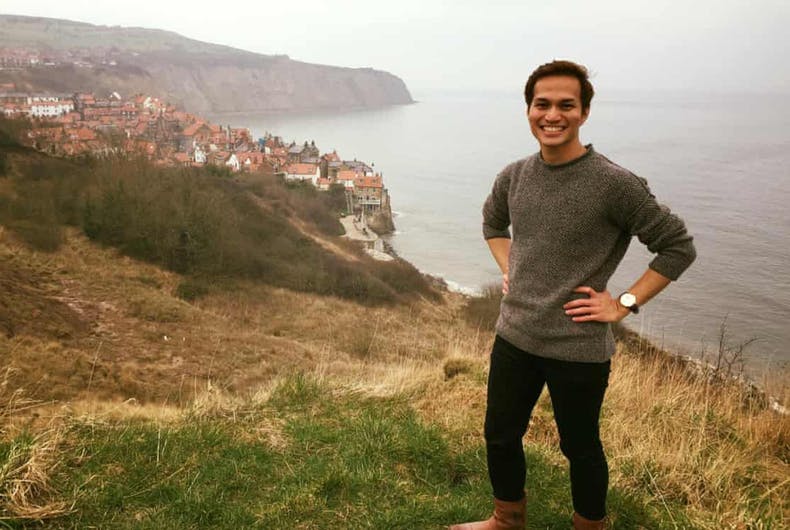 In response to the recent conviction of “Britain’s most prolific rapist,” Reynhard Sinaga — a 36-year-old man who filmed himself sexually assaulting of nearly 200 unconscious men — the mayor of Depok in Indonesia has called for an expansion of raids against the Indonesian LGBTQ community, potentially worsening the nationwide crackdown against its queer citizens.

But Sinaga’s mother, Normawati Sinaga, is more worried about her son turned out gay. She told the media, “We are a good Christian family who do not believe in homosexuality. He is my baby.”

Related: Indonesian schools test teachers to make sure they’re not too gay or LGBTQ-friendly

She said that her son, the eldest of four, was gentle, bookish, preferred the indoors, and sought to become a lecturer in England, adding that life in Indonesia didn’t suit him. When she visited her son in jail and asked why he committed and filmed his crimes, he responded, “I like to do it. It was my documentary.”

His father, Saibun Sinaga, said of his son’s lifetime prison sentence, “We accept the verdict. His punishment fits his crimes. I don’t want to discuss the case any further.”

Now some fear that his case will be used to worsen conditions for LGBTQ people in Indonesia. The mayor of Depok, where Sinaga’s parents live, is cracking down on LGBTQ people.

He also asked the Depok Public Order Agency and the Population and Civil Registration Agency to increase raids in rooming houses and apartments in order to persecute more queers quietly living their lives behind closed doors.

Crackdowns against Indonesia’s LGBTQ community have worsened in the past few years. After publicly humiliating 141 men arrested in a gay sauna in 2017, the capitol city founded an anti-LGBTQ police force, the government banned all LGBTQ TV content, the country tried to shut down an international LGBTQ sporting event, and one region arrested 12 transgender women and shaved their heads to “make them men.”

Sen. Cory Booker drops out of the Democratic primary