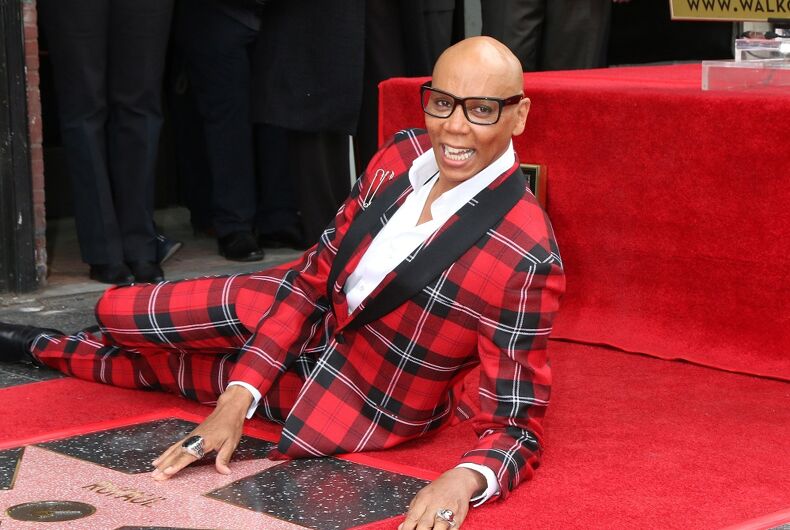 MAR 16: RuPaul, RuPaul Andre Charles at the RuPaul Star Ceremony on the Hollywood Walk of Fame on March 16, 2018 in Los Angeles, CAPhoto: Shutterstock

RuPaul will host Saturday Night Live for the first time next month.

NBC’s long-running sketch comedy show is now in its 45th season. On Twitter, the show’s producers announced that Ru will host the show on February 8, with musical guest Justin Bieber.

Related: RuPaul inducted into the California Hall of Fame as ‘most commercially successful drag queen ever’

RuPaul’s Drag Race moved from Logo to VH1 several years ago and became a mainstream hit, getting nominated for – and winning – several Emmys a year since 2017.

Several SNL sketches and jokes have been inspired by Drag Race as RuPaul became a mainstream star and brought the art of drag to a new audience.

Fans of Ru – and Michelle Visage – loved the news on Twitter.

This. Is NOT. A drill. @nbcsnl @RuPaul hosting !! RU IS HOSTING SNL! FINALLY! OMFGGGGG https://t.co/eJIxWlgwY4

when justin does a surprise skit on snl where rupaul teaches him how to be a drag queen and destroys toxic masculinity >> pic.twitter.com/YCODJkzqXr

Me when I found out RUPAUL is hosting SNL & a new Lady Gaga song leaked pic.twitter.com/6zPEaV31K2

If RuPaul doesn’t make a grand entrance in drag for the opening monologue of SNL…throw it all away. You know what, lemme just throw this out now.

I never watch (nor have I ever watched) SNL … but it's the dawn of a new age! This gal will be watching RuPaul host SNL!

Rep. Ayanna Pressley reveals she has no hair in a culture obsessed with black women’s hair