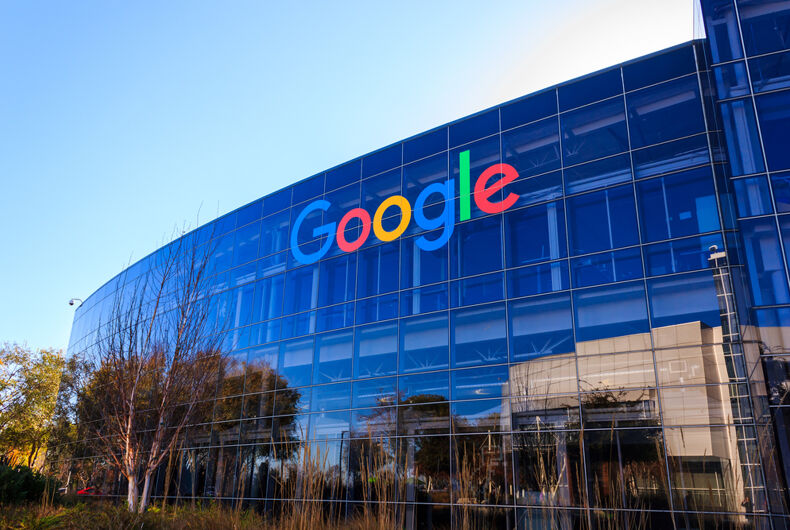 Organizers of the San Francisco Pride want to ban Alphabet Inc. and its entities – including Google and YouTube – from participating in any future Pride festivities, along with the Alameda County Sheriff’s Department.

Two members currently part of the Pride committee, Laurence Berland and Tyler Breisacher, are former Google engineers. They are pleading with Pride’s Board of Directors to affirm the 326-member organization’s decisions from this Wednesday’s monthly meeting. Berland insists, however, that they don’t need the board’s recognition for the resolution to be official – despite dissent among some members to that notion.

“Since YouTube’s decision in May 2019 to continue to give a platform to homophobia, racism, and harassment, we have been asking the board of SF Pride to take action to remove YouTube and Google as sponsors and participants in the Pride parade and festival,” Berland and Breisacher wrote in a statement following the decision.

The removal of Google’s presence is actually a sentiment shared by several people on both sides. Last year, at least 100 Google employees signed a letter requesting to be removed from Pride 2019 celebrations – including Berland. Pride officials did not accept their removal at the time, which led to demonstrations alongside the Google/YouTube floats.

As @tbreisacher said December, "I think we can probably just go ahead and ban Google now, given everything that's happened now, but whatever". So tonight we wanted to do exactly that. pic.twitter.com/xrMpTP89mo

Google (and YouTube, specifically) has been heavily criticized amidst claims that its policies are biased against LGBTQ people, but protect conservative people who violate the company’s terms and conditions. Boycotts were staged at Pride following their refusal to remove of Steven Crowder, a conservative commentator who made homophobic and racists remarks against journalist Carlos Maza.

Alphabet pledged to punish any employees who took part in the protests; Berland and three other engineers were fired shortly after the festivities. It was alleged that they took part in the release of confidential info which revealed Google’s relationship with U.S. Customs and Border Protection (CBP); Berland and others insist that it was due to their well-known unhappiness of the company’s policies.

The episode also followed Google having their endorsement from the Human Rights Campaign revoked, because the company was the only major smartphone app host that would not remove an app from Living Hope Ministries that aimed to ‘change’ the sexualities of LGBTQ youth. It took the company over two months to finally remove it. Additionally, a class action suit targets YouTube, claiming that the platform has a prejudice against LGBTQ creators, as they are governed and monetized differently than straight counterparts.

“Many people have been committed to pushing SF Pride to do better. As more and more people get involved, we can move closer and closer to a Pride celebration that celebrates our LGBTQ community, rather than serving as mainly a rainbow-colored party for corporations,” Berland and Breisacher wrote.

Read the thread for the details, but tldr: the members have voted, we did it! * https://t.co/sRWz4RRWbl

The Alameda County Sheriff’s Office was also included in Wednesday’s decision by the members. This comes in the immediate wake of the Sheriff’s raid and eviction of mothers organizing on behalf of the Moms 4 Housing organization earlier that morning. At least three mothers were using an unoccupied home, owned by a “corporate house-flipping’ company,” as their base. The Sheriff’s Office was criticized for their heavy police presence at the eviction, and many claim they used excessive force in the removal.

Berland wrote on Twitter that “I was absolutely infuriated by how the sheriffs violently evicted [them] and arrested four using a militarized force in full body armor and an APC [armored personnel carrier], and wanted to help.”

I was absolutely infuriated by how the sheriffs violently evicted @moms4housing and arrested 4 using a militarized force in full body armor and an APC, and wanted to help. Talked about it with @tbreisacher and we decided to go for it. pic.twitter.com/TRpY1xTb23

“We feel this demonstrates clearly that the Alameda County Sheriffs are not an ally to our community either,” Berland and Breisacher wrote in a statement.

You can read their full statement on the amendments here.

Is ‘Closet Station’ closing up? A look at a college’s newly found tolerance