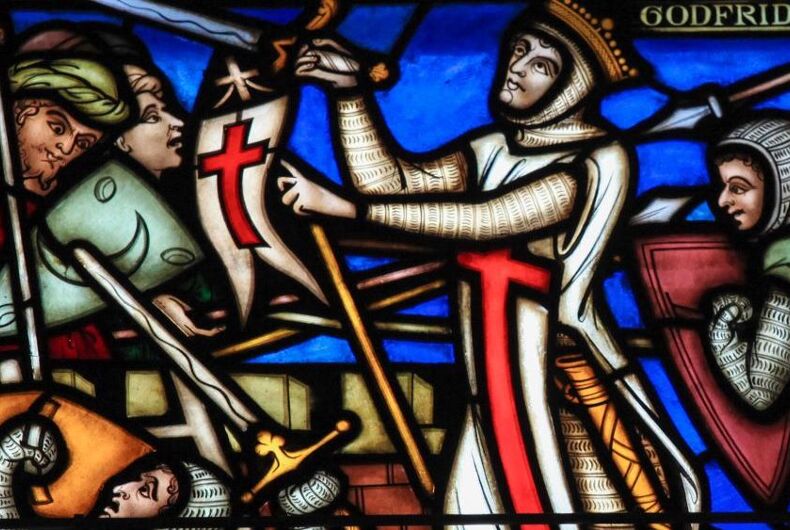 Sometimes you have to destroy Christianity to save it.

That seems to be the premise behind the new think tank at Liberty University. The think tank, called the Falkirk Center, explicitly rejects Jesus’ teaching on the grounds that he was, well, a wimp. Instead, the Falkirk Center promises “bold, unapologetic action and initiative” so that it can reach its goal of “restoring and defending American ideals and Judeo-Christian values in all aspects of life.”

“Bemoaning the rise of leftism is no longer enough, and turning the other cheek in our personal relationships with our neighbors as Jesus taught while abdicating our responsibilities on the cultural battlefield is no longer sufficient,” the Falkirk’s mission statement posits. “There is too much at stake in the battle for the soul of our nation.”

Just to highlight that the organization is engaged in a holy war, the Center begins its description by referring to the movie Braveheart, about the Scottish freedom fighters who were defeated in battle but eventually victorious in the long term. The website even includes an image of the fighters engaged in battle. (Braveheart was directed by Mel Gibson, who isn’t exactly a LGBTQ supporter and who included a scene of anti-gay violence in the movie.)

Apparently, modesty is another disposable Christian trait. The Center is named after its founders: Jerry Falwell Jr., the head of Liberty University, and Charlie Kirk,  head of the right-wing student group Turning Point USA.

Falwell is notorious for his attacks on LGBTQ people, as well as his own inexplicable financial ties to a pool boy and personal trainer. He has turned Liberty University into his own anti-LGBTQ fiefdom. Charlie Kirk, now 26 years old, purports to be the voice of young conservatives, having founded TPUSA when he was just 18. The organization is lavishly funded by wealthy Republican donors and foundations.

Kirk has said that the conservative movement should be open to gay people, but at the same time opposes marriage equality and has described opposition to religious liberty exemptions as “fascism.” This modified homophobia is designed to appeal to young people’s overwhelming disdain for anti-LGBTQ rhetoric, but it has backfired on Kirk. He has been trolled by alt-right types who are much more willing to be in-your-face about their hatred of LGBTQ people. “How does anal sex help us win the culture wars?” one questioner asked him at an event last year. (On the positive side for the alt-right crew: TPUSA has a history of racist hires.)

Just what the Falwell-Kirk duo purport to do to achieve their goals—other than raise money—is unclear. The Falkirk Center website consists of a single page. But what is clear is that for the religious right, the culture war is a battle to the death. Just how metaphorical that is, remains an open and disturbing question.