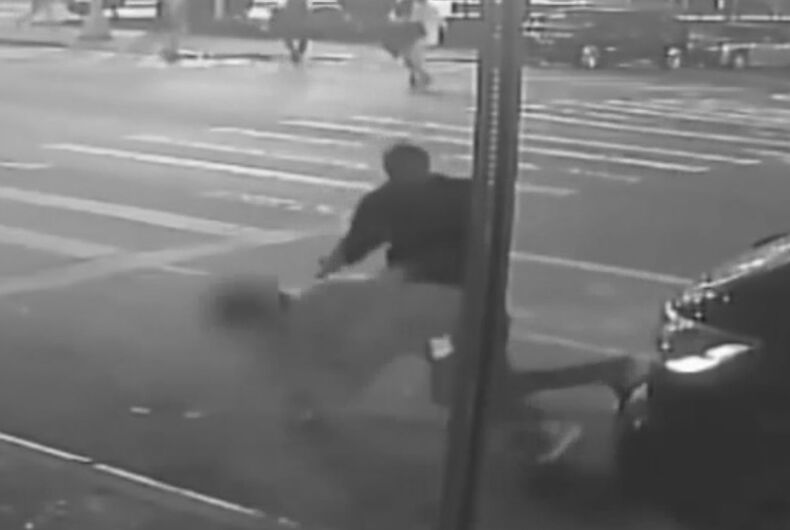 A man has been arrested in connection with the fatal beating of a gay man on Christmas Eve.

Early in the morning on December 24, 2019, 60-year-old Juan Fresnada was beaten to death by three men while walking with his husband Byron Caceres in the Bronx.

The men approached Fresnada and Caceres in the street and demanded money. When they didn’t give any money, the men beat Fresnada, who told Caceres to run away.

“My husband tried to defend me,” Caceres said. “The guy had his fist ready like he was ready to attack me. My husband said, ‘Don’t you get close to him.’”

They allegedly beat Fresnada for several minutes and then threw a metal garbage container at his head. He had internal bleeding and a fractured skull. He was taken to the hospital where he died several days later.

Now police have announced the arrest of Abu Conteh, 18, in connection with the attack. They say they are still looking for two other attackers.

Surveillance video shows a man attacking one of the victims outside of a McDonald’s and pushing him to the ground, and then hitting him. Two other men joined the attack.

At one point, the victim tried to stand up, and one of the attackers hit him with a garbage can.

The attackers made off with $1.

If Trump starts a war with Iran, America won’t be in top fighting shape