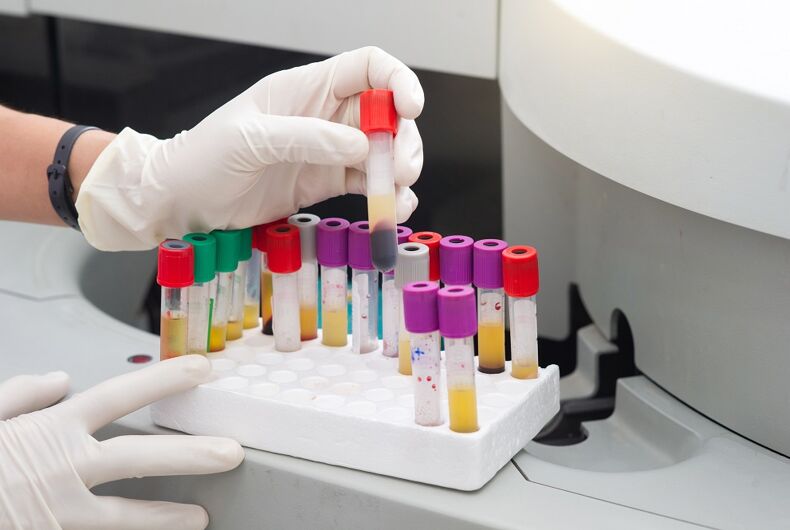 The LA LGBT Center has said that county budget cuts are forcing it to end free STI screenings.

In an announcement posted to their site yesterday, the LA LGBT Center said that the Los Angeles County Department of Public Health (DPH) cut testing and treatment funding to the center by $1 million from 2019 to 2020.

The DPH ended funding for testing at the center’s Jeffrey Goodman Special Care Clinic as part of the funding cuts.

Additionally, DPH is now expecting community health partners like the center to pay for lab costs for the testing, which will cost the center $1.5 million to cover.

The center estimates that 15,000 people get tested for STIs there, and they will have to find somewhere else to get tested now.

“As a result, starting tomorrow, the County will be responsible for ending almost all free STD testing at the Center, causing tens of thousands to go untested, undiagnosed, and untreated,” said the center’s CEO Lorri Jean.

“This includes eliminating thousands of free HIV tests funded by DPH. At a time when we’ve made so much progress in the fight against HIV, this represents a direct assault on the LGBT community by DPH and [DPH Director Barbara] Ferrer.”

There has been a 98% increase in cases of syphilis in Los Angeles County over the last five years, an 8% increase in gonorrhea, and a 25% increase in chlamydia. LGBTQ people have been hit harder than straight and cisgender people.

According to the center’s announcement, the LA County Board of Supervisors voted to expand STI services to at-risk communities last year, and they have oversight over the DPH. The center is asking people to call the Board of Supervisors “to restore this lifesaving funding for the LGBT community.”