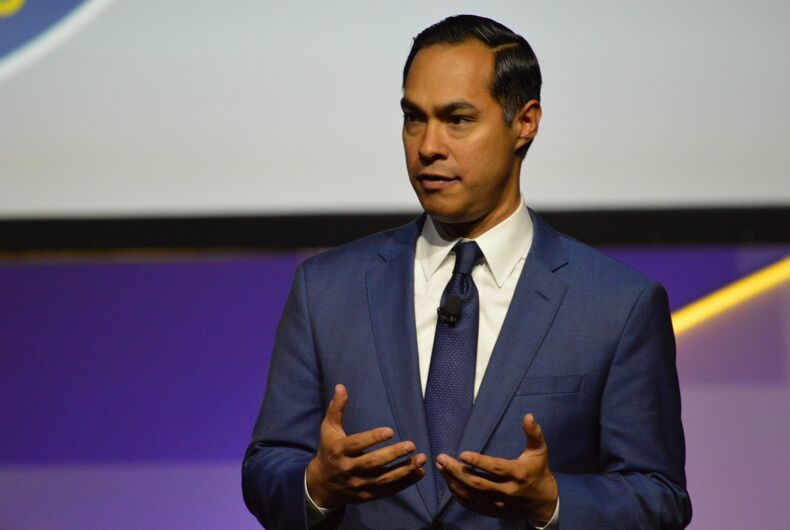 While social media exploded in breathless excitement, and the Warren campaign made sure to promote their latest endorsement, the unanswered question is whether or not anyone will actually care.

Castro dropped out of the race a few days ago and now is asking supporters to back Warren, but he obviously didn’t have that many supporters or he’d still be in the race.

From the beginning, Castro suffered from low name recognition and not having a defining buzz. While he made immigration and equality issues central to his campaign, he struggled to break two percent support among Latino voters. His support from LGBTQ voters was about the same.

Castro fought hard to rise in national polling but never registered above one percent. He also lagged behind other candidates in fundraising, announcing the end of his campaign on the same day candidates like South Bend, Indiana mayor Pete Buttigieg and Sen. Bernie Sanders (I-VT) announced record-breaking fundraising hauls.

Castro began his political career in 2001 as a member of the San Antonio City Council, becoming mayor eight years later. His first moment of national attention came in 2012 when he delivered the keynote address at the Democratic National Convention.

He joined the Obama administration in 2014 as Secretary of the Department of Housing and Urban Development (HUD), making him the youngest Cabinet member. He stayed in the position through the end of Barack Obama’s term in office.

None of these accomplishments made him particularly memorable.

There’s no question that Castro is smart (and ambitious). He’s also is young, which stands in sharp contrast to the top tier of current candidates, who will be in their 70s and 80s on Election Day 2020.

This explains why Castro endorsed Warren. Was it because it will make a difference and help Warren surge to the top of the pack? Of course not.

But it will put him on her shortlist for potential vice presidential picks if she does win the nomination. There’s still a good chance she can.

And that would increase his name recognition, giving him a springboard to a future run for the top spot.