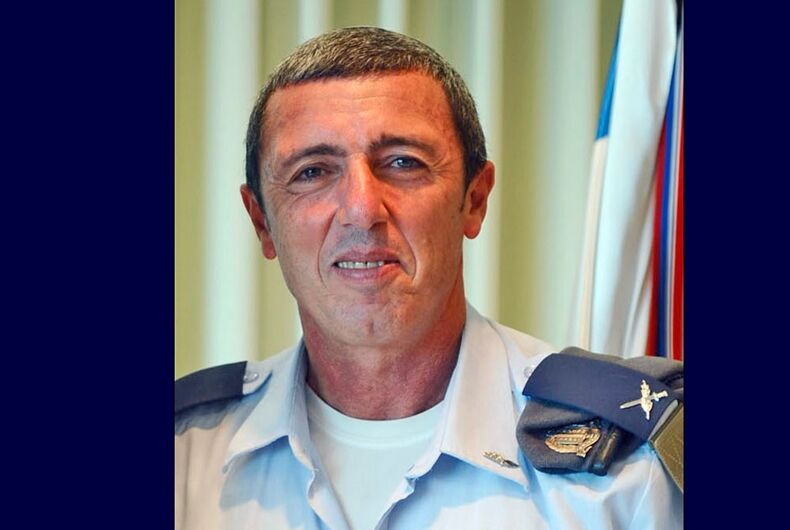 Israel’s Minister of Education called homosexuality “unnatural” and said that he thanks god that none of his children are gay.

Minister Rafael Peretz is a member of the Knesset for the Jewish Home party, a religious nationalist, conservative party.

Related: Israeli gay parents have to identify a ‘mother’ and ‘father’ of the relationship to receive day care

The newspaper Yedioth Ahronoth asked him what he would do if one of his kids were queer, and he responded: “Thank God, my children grew up in a natural and healthy way. They are building their homes on the basis of Jewish values. I don’t bother my head with ‘what if’ thinking.”

“In the religious public that lives according to the Torah, a normal family is a man and a woman. [We] don’t need to ashamed that we live in this natural way,” he said.

The comments caused several school districts in Israel to open up a debate about the personhood of LGBTQ people. Haaretz reports that teachers at the Ma’ayan Shahar school near Tel Aviv brought in a newspaper article about his comments and invited students to give speeches on them.

Several students disagreed with him, others addressed other comments he has made, and one student defended him.

“It was a respectful discussion in which all of the relevant points came up,” Principal Menashe Levy told Haaretz. They did not describe how LGBTQ students reacted to having their existence treated as a subject for debate at the school.

This is not the first time that Peretz has made anti-LGBTQ comments since he became Education Minister this past year. In July, he said he supported conversion therapy.

“I can tell you that I have deep familiarity on the issue of education, and I have also done this,” he said, implying that he had performed conversion therapy.

He said that someone once told him he was gay.

“First of all, I embraced him,” Peretz said. “I said very warm things to him. I told him, ‘Let’s think. Let’s study. And let’s contemplate.’”

He later took back his comments on conversion therapy.

Quentin Tarantino says he owes his career to the “Golden Girls”