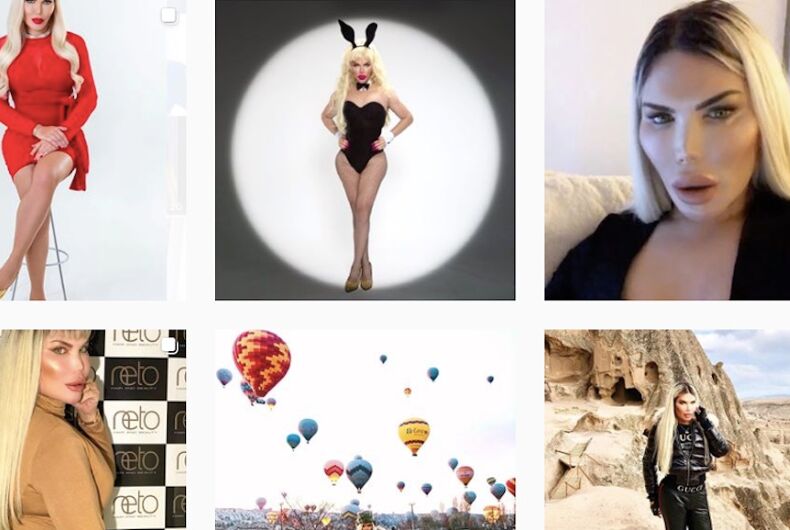 Rodrigo Alves, a 36-year-old person who has been previously described as a “human Ken doll” after undergoing over 75 plastic surgeries to achieve their ideal appearance, recently came out as a transgender female, stating, “I always felt like a Barbie.”

Alves, who sometimes appears on media interviews in the U.K. and Brazil and has been a contestant on the 2018 U.K. reality TV competition Celebrity Big Brother, said that she now uses female pronouns and has been receiving hormone replacement therapy with plans to further feminize her appearance through upcoming surgeries.

Alves told the British tabloid The Star, “It feels amazing to finally tell the world I’m a girl. I finally feel like the real me – glamorous, beautiful and feminine. For years I tried to live my life as a man. I had a fake six-pack put in, I had fake muscles in my arms, but I was lying to myself.”

She added, “I’m a woman and have always had a feminine brain. Now my body matches my mind. I have tried my best to behave like a man and live the best life I could. But deep inside, I was never happy. I have female thoughts. I think like a woman, I act like a woman, because I have always been one deep inside.”

Alves says hormone injections have stopped her growth of body hair while accentuating her hips and breasts. She says she plans on having breast implants; shaving down her jawline, chin, and forehead; and having a vaginoplasty, vulvoplasty, and orchiectomy (several surgical procedures collectively known as “bottom surgery”) to complete her female appearance.

“[The surgeries] should make me look much more feminine,” Alves said. “I’ll be able to wear dresses that show my cleavage and look sexy. I’m very excited for that.”

Julian Castro endorsed Elizabeth Warren in the presidential primary race. Will anyone care?