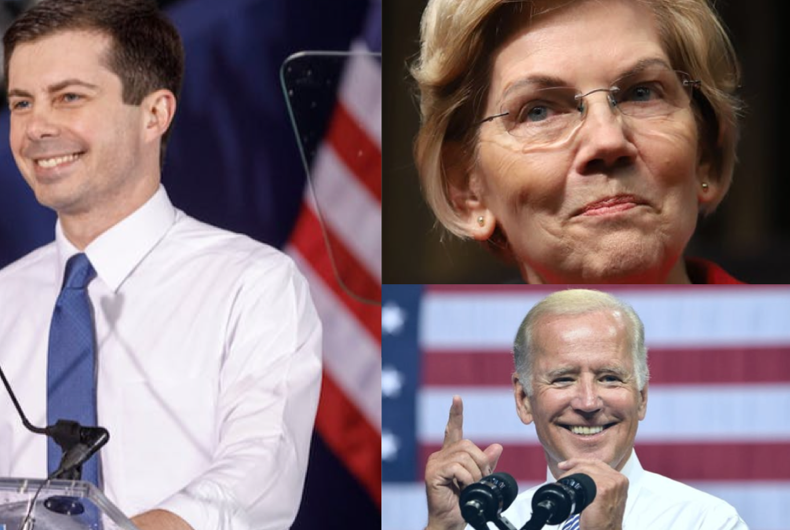 Presidential candidates have begun to report their earnings for Quarter 4 (October-December) of 2019, which is considered a major indicator of how candidates will fare during the early primaries and caucuses, starting with Iowa’s on February 3rd, New Hampshire’s on February 11th, then Nevada’s on February 22nd.

The last three months were already hectic in the Democratic primary, as we saw several candidates not qualify for debates – and that was before former NYC mayor Michael Bloomberg’s late entry into the already turbulent competition. Tim Ryan, Beto O’Rourke, Kamala Harris, and Julian Castro all withdrew from the race in this time frame.

As for their reported earnings, Vermont Senator Bernie Sanders surprised many by coming out with a whopping $34.5 million in donations, almost $10 million more than his nearest competitor – South Bend mayor Pete Buttigieg, who earned $24.7 million from October to December. Former Vice President Joe Biden was slightly behind him, pulling in $22.7 million from donors.

CBS News notes that “candidates with impressive hauls often choose to make their numbers for the fourth quarter public before” the deadline of January 31st, but are not required to do so by the Federal Election Commission (FEC).

The current reported campaign donation marks for Q4 2019, as reported by CBS News:

As impressive as these numbers may seem, they do not compare well with incumbent Republican Donald Trump’s campaign, which bought in over $46 million in singular donations alone while the President sat in Mar-A-Lago a majority of the quarter – ending the year with a reported $102 million. “The president’s war chest and grassroots army make his re-election campaign an unstoppable juggernaut,” his campaign manager stated.

Many of the candidates, who are current Senators, will be sidetracked during the next few months while they participate in Trump’s impeachment trial. Meanwhile, Democratic candidates not leading in the polls have begun making adjustments to their operations, as the election looms 11 months away.

Marianne Williamson, who is an author by trade, laid off her entire paid staff this week and plans to rely on volunteer contributors, Politico reports. Williamson’s blog states that “as of today, we cannot afford a traditional campaign staff…I am not suspending my candidacy, however…the point of my candidacy has been to tell the heart’s truth and that does not cost money. In the meantime, it’s amazing what you can do with volunteers.”

Bloomberg, on the other hand, has no issue skipping the ‘early’ primaries. The billionaire officially did not file to be an eligible candidate for the Nevada caucuses, and already confirmed that he won’t partake in Iowa or New Hampshire – he is expected to skip South Carolina as well. According to Reuters, “[Bloomberg] has his hopes hinged on other states, including California, where a large number of delegates are up for grabs. California is among more than a dozen states that vote on March 3, known as Super Tuesday.”

Massachusetts Senator Elizabeth Warren came in under her previous quarter’s marks, bringing in $21.2 million. She is still very satisfied with her results, however, because she rejected richer donor money. “I didn’t spend one single minute selling access to my time to millionaires and billionaires. I did this grassroots all across the country,” she said on the campaign trail this week, according to ABC News.

Other candidates are fairing well in funds, but it’s not immediately translating a the poll. Business owner Andrew Yang bought in over $1.3 million on New Year’s Eve after supporters began to fear he would fail to qualify for upcoming debates, bringing his campaign’s reported total to $16.5 million – a 165% increase on his previous quarter. Amy Klobuchar, the Senator from Minnesota, also saw an improvement in her campaign’s donations income, nearly tripling their income to receive $11.4 million this winter.

While New Jersey Senator Cory Booker also saw his best numbers to date in the last quarter, he expressed disappointment over his likely inability to qualify for upcoming debates. His campaign expressed “bluntly” that it is failing to keep up with the white candidates, and that Booker may meet the same fate that Castro’s campaign met.

Coachella 2020’s several out artists excites some, but disappoints others