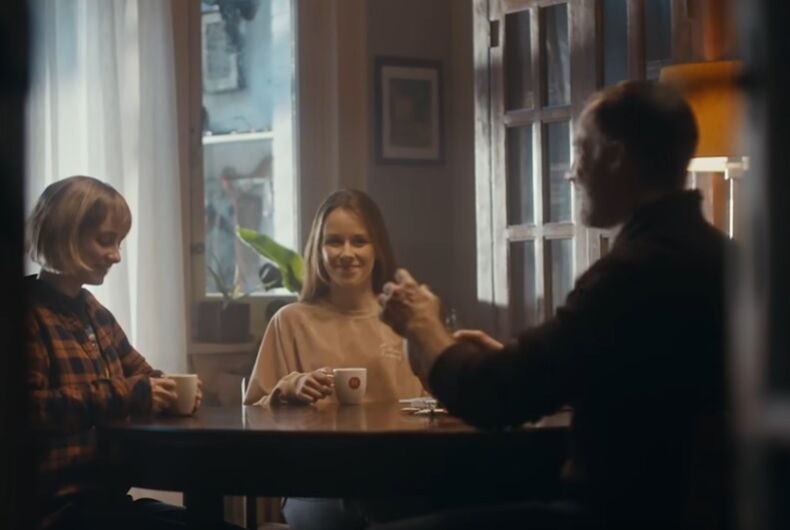 A Belgian coffee company has released an ad featuring lesbian teens and a supportive dad.

The ad for Douwe Egberts opens with two teen girls getting hot and heavy on the couch. But when one of the girls notices that Dad is coming home early, they scramble to stand up and run up to her room.

Dad saw what was up, but he’s not bothered. He texts his daughter coffee emojis and starts making Douwe Egberts espressos, Belgium’s preferred coffee for meeting your newly-outed lesbian teen daughter’s girlfriend.

They all sit down for coffee and Dad hands his daughter her glasses, which came off earlier during the make-out session.

The ad has been viewed almost 13 million times on Twitter and has gotten nearly half a million likes.

It even got tweeted by lesbian icon k.d. lang.